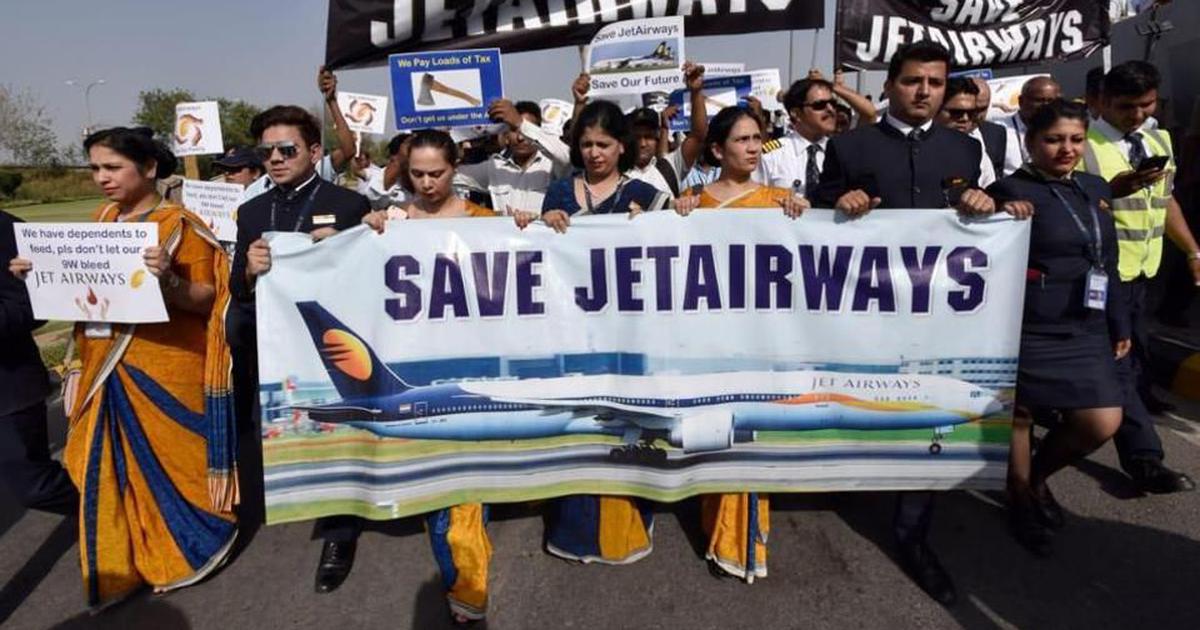 NEW DELHI: Scores of Jet Airways employees on Tuesday gathered in the national capital and sought an interim financial assistance till completion of the insolvency resolution process.

The once-storied full service carrier stopped flying on April 17 as it ran out of money for daily operations.

An employees’ consortium has demanded that the Committee of Creditors (CoC) should look at providing one month’s salary as an interim financial assistance.

The consortium represents around 9,000 employees, including pilots, engineers and cabin crew, according to A K Mohanty.

Mohanty, a representative of the consortium, said one month’s salary should be released to existing employees of Jet Airways for their basic survival.

The resolution process should be fast-tracked and operations should be restarted at the earliest. There shouldn’t be liquidation, he added.

Most of the employees, who gathered at Jantar Mantar here, were clad in the airline’s uniform.

The deadline for submission of initial bids under the insolvency resolution process ends on August 10.

In a filing to stock exchanges on Saturday, the airline said the last date for submitting Expressions of Interest (EoIs) has been extended on the basis of requests received from prima-facie credible interested resolution applicants for some additional time.

An insolvency professional is managing the affairs of Jet Airways under the Insolvency and Bankruptcy Code (IBC).