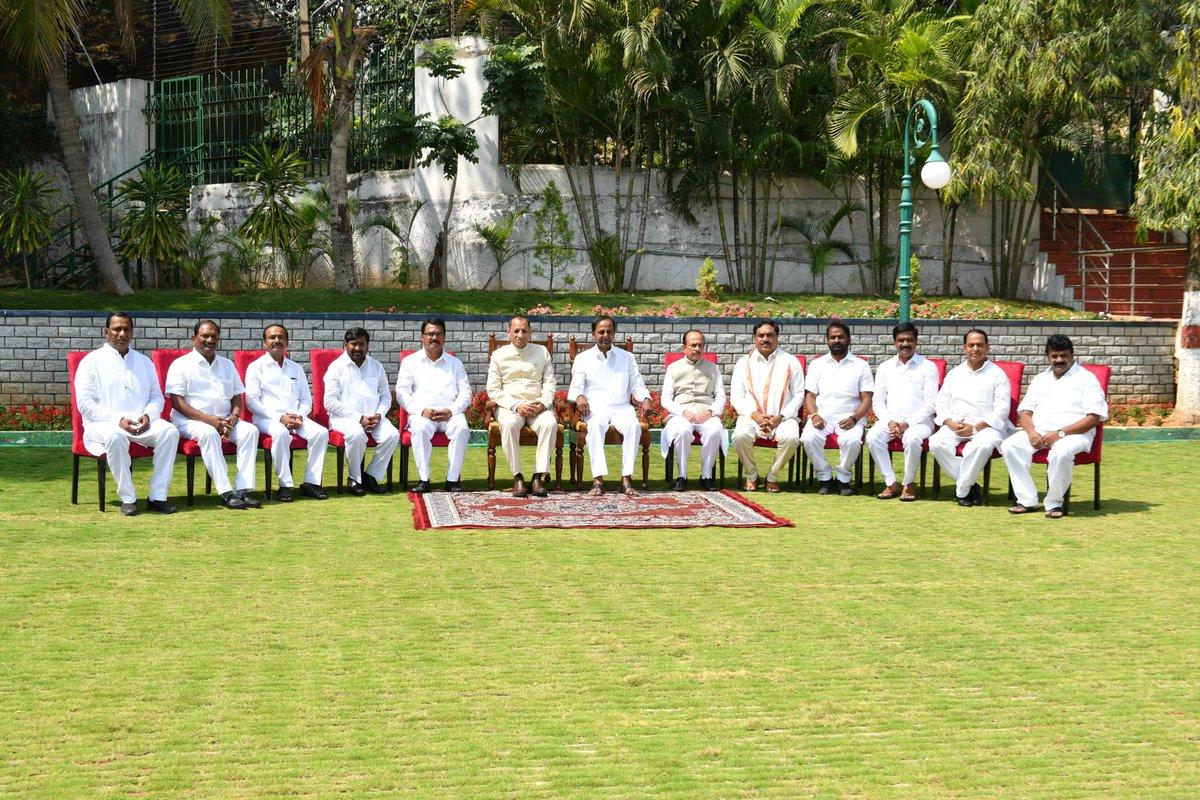 HYDERABAD :Telangana Chief Minister K Chandrasekhar Rao Tuesday retained key portfolios such as finance, information technology and industries with him while allotting others to the newly appointed Cabinet ministers.

After a gap of over two months, Rao expanded his cabinet by inducting 10 members taking the total size of the cabinet to 12.

According to a government order (GO), G Jagadish Reddy who looked after power in the previous government, has been allotted education this time.

Indrakaran Reddy has been given forests and environment while T Srinivas Yadav allotted the portfolio of animal husbandry and cinematography.

E Rajendar, former finance minister, has been given health and family welfare while Niranjan Reddy agriculture.

Dayakar Rao gets the portfolio of Panchayati Raj, while Srinivas Goud prohibition and excise, Prashanth Reddy transport and Mala Reddy labour and employment.

The CM also will retain portfolios that were not allotted to others, according to the government order.