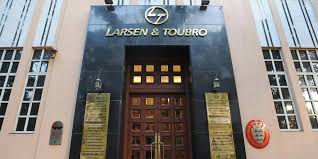 Its PAT stood at Rs 3,167.47 crore during the corresponding period a year ago, according to a BSE filing.

The group’s consolidated order book was Rs 2,93,427 crore as on March 31, 2019, with international order book constituting 22 per cent of the total.

The board of directors has recommended a dividend of 18 per equity share, which is subject to the approval of shareholders.

On the outlook, the company said that with India undergoing general elections in the first quarter of the new fiscal, the disruptions in decision making processes could impact key operating parameters in the first half of 2019-20.

“Nevertheless, with the momentum set on infrastructure building, coupled with incremental tax revenues, the emphasis on investments in areas such as airports, railroads…is expected to continue,” a company statement said.

“Further revival of stressed businesses and recovery of NPAs are expected to ease the concerns on liquidity and perk up the business sentiment. Improved credit growth is also expected to aid an uptick in private capex in areas of transportation infrastructure, green energy, commercial real estate, digital technology and services,” the statement added.