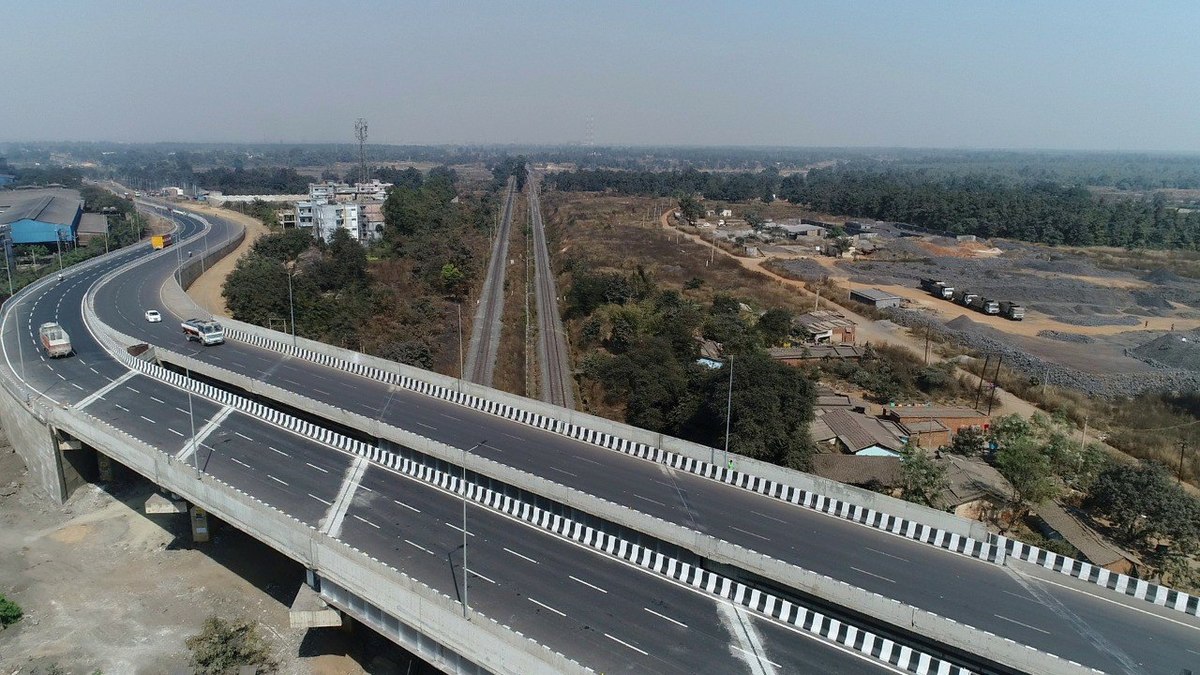 Keen on timely execution of the Rs 8.41 lakh crore ambitious Bharatmala project that aims to lay a grid of highways pan-India, the Road Transport and Highways Ministry has been looking to harness various sources of finances including pension and insurance funds.

“LIC has offered us Rs 25,000 crore in a year and Rs 1.25 lakh crore in five years They have agreed in principle. We will rope in these funds in highways construction,” Gadkari told PTI in an interview here.

The Minister said that the line of credit will be used to fund the ambitious Bharatmala project, the revised cost of which has reached Rs 8.41 lakh crore.

Bhartmala was approved initially at a cost of Rs 5.35 lakh crore, which was risen later on account of land acquisition costs. In the first phase, 34,800 km including 10,000 kilometres of balance NHDP (National Highways Development Project) will be upgraded.

Gadkari said the Bharatmala programme will be funded through cess, toll revenue, market borrowings, private sector participation, insurance fund, pension funds, masala bonds and other initiatives and the LIC credit line was one such initiative.

The funds will be raised for 30 years and the interest rate will be revised every 10 years, as per initial plans.

National Highways Authority of India (NHAI) and LIC officials will sit down and draw the modalities including finer details like interest rates, debt servicing and other details,’ said an official.

The borrowings will be in the form of bonds to be issued by the NHAI.

“We don’t have dearth of funds,” the Minister said adding that as the projects will be completed these will be put up for monetisation and the funds will be ploughed back to highway construction.

The NHAI is eyeing Rs 4,995 crore from monetisation of third tranche of 566 km of highways under TOT (toll, operate and transfer) model. There are nine highway stretches of 566.27 km in TOT Bundle-3 in states of Uttar Pradesh, Bihar, Jharkhand and Tamil Nadu.

The third auction assumes significance given that this is coming after an unsuccessful second bundle where investors quoted a discount to NHAI’s base price.

Gadkari said that besides monetisation, the Ministry was also in talks with banks for funds. “Also, the Finance Ministry has given us approval to raise Rs 75,000 crore this fiscal,” he said.

Gadkari said that his Ministry has shown exponential capacity to spend allocated funds in building highways, which are the backbone of the economy.

“At present we spend more than 80 per cent of the allocation on capital expenditure. We are contributing to the growth rate,” he said.

Apart from various sources of financing of highway projects, we are also contemplating going into the capital market and take the money from the common people like teachers, constables, poor people and give them good interest, he said.

“We will try to give them more than 7.5 per cent to 8 per cent interest and we will use that money for construction of roads. On the one hand, we will construct the roads and on the other hand, we will give good interest to the poor people of this country,” he said.

The Minister said that the aim was to build world class transport infrastructure in the country and added, work worth about Rs 11 lakh crore were awarded by his Ministry in the last five years.

“Over 57,000 km of highway projects were awarded and over 40,000 km of roads were constructed in the last five years,” he said.

Also, the budget allocation for Road Transport and Highways ministry has increased by about Rs 5,000 crore, he said.