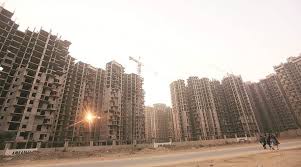 NEW DELHI: The central tax authority, GST Council has taken a bold decision to lower the GST rates for under-construction housing projects to 1 per cent from 8 per cent in affordable housing and 5 per cent from 12 per cent earlier in the non-affordable segment. The decision will be implemented from April 1, 2019.

The move had been much anticipated for a while and the industry, as well as the home buyers would certainly be glad that the move has come at the right time. For several months now, the industry has been suffering from lower sales in residential units and with the ongoing liquidity crisis, the scenario had worsened for the developers. This move will certainly ease up the pressure, especially in affordable housing segment as many home buyers would be planning to take advantage of the same.

Commenting on the latest GST development, BK Goenka, President, ASSOCHAM, said, “The latest move from the Government on reducing the GST rates in Real Estate industry is a much-needed relief since the industry has been reeling with lower sales and stalled projects. The GST rate cuts of 5% on Non-affordable and 1% on affordable housing will bring in positive sentiment, especially among the home buyers, who now also have the issue of tax credit transfer out of the way. On the other hand, the developers now would be optimistic at the prospect that the home sales will rise, relieving some the pressure from the unsold units’ pile-up. From ASSOCHAM point of view, the 5 per cent GST rate on non-affordable Housing will give the boost to the sale of under-construction units – a win-win for home buyers and developers. We hope to continue building on this to initiate more reforms that would suit all stakeholders.”

Commenting further on easing the issues of Realty sector further,Goenka added that, “The GST on cement needs to be reduced to 18% from 28% which is too high. Cement being very important raw material for construction and high taxation without input tax credit will be challenging for the developers.”

The affordable segment will be now a more attractive proposition for new home buyers as the tax being the lowest in the segment, would bring the cost of a house further down making it more reasonable. However, the unit rates in city like Mumbai is still higher and not many projects fall in the affordable category.