L&T Construction gets ‘Large’ orders worth up to Rs 5,000 crore from Chennai Metro Rail Corporation Limited 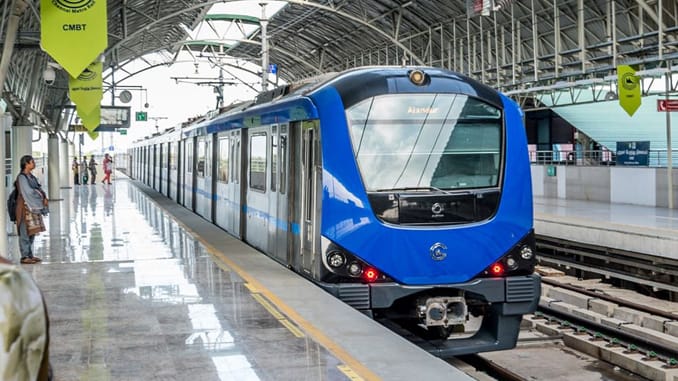 L&T Construction gets ‘Large’ orders worth up to Rs 5,000 crore from Chennai Metro Rail Corporation Limited

NEW DELHI: The construction arm of L&T has secured large orders from a prestigious Client for its Heavy Civil Infrastructure business in India.

Though the company has not revealed the exact value of the orders, the contracts falls under ‘large’ category which ranges between Rs 2,500 crore to Rs 5,000 crore.

This underground Metro Rail tunnel package is a part of Corridor 3 of CMRL Phase-II Metro Rail Project and is to be constructed in approximately 52 months by using eight tunnel boring machines working simultaneously in various stretches of the project.

The Business has also secured another order from Chennai Metro Rail Corporation Limited (CMRL) to construct approx 8 Km of elevated Viaduct with 9 elevated Metro Stations starting from Power House to Porur Junction including other associated works. The elevated corridor includes approx. 4 km of double deck construction in which both the decks are used for Metro Rail, which will be the first of its kind in India. This elevated Metro Rail package is a part of Corridor 4 of CMRL Phase-II Metro Rail Project and is to be constructed in 36 Months.

These projects are the first packages of Phase – II which have been awarded by Chennai Metro Rail. Both the projects were bagged under stiff competition from domestic and international metro construction players.

L&T is proud to be associated with Chennai Metro Rail for Phase – II and will deploy the state-of-the-art construction methods and digital technologies to build these prestigious projects.