MCA maiden success in recovery of $3.25 million in Nirav Modi case from USA 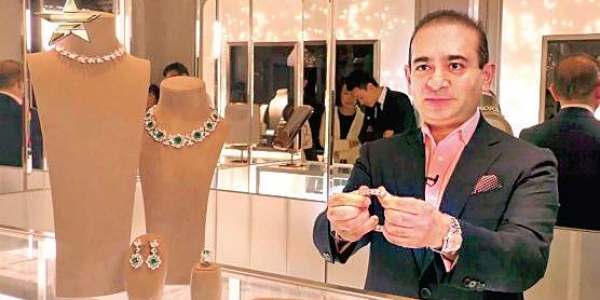 MCA maiden success in recovery of $3.25 million in Nirav Modi case from USA

NEW DELHI: Punjab National Bank Ltd. (PNB) has informed the Ministry of Corporate Affairs (MCA) which spearheaded the corporate governance litigation in a foreign jurisdictional Court, that it has received $ 3.25 million (equivalent of Rs. 24.33 crore) as the first tranche of recoveries.

Upon liquidation of the debtors’ assets by the US Chapter 11 Trustee, a sum of $ 11.04 million (equivalent of Rs. 82.66 crore) is available for distribution to unsecured creditors including PNB. Further recovery therefrom is subject to other expenses and settlement of claims of other claimants.

The maiden repatriation of $ 3.25 million is an unprecedented achievement of the Government of India, Ministry of Corporate Affairs in its fight against corporate fraud in overseas territory. The Ministry also has initiated proceedings for disgorgement of monies from the perpetrators, i.e., the entities promoted and/or controlled by Nirav Modi/ Mehul Choksi.

The US Bankruptcy Court of Southern District of New York, by its Order dated July 26, 2018 recognized the claims of PNB in the proceeds of sale of assets of the properties of the debtor companies. It also authorized PNB to issue subpoenas to compel the examination of Modi, Mihir Bhansali and Rakhi Bhansali under oath.

Subsequently, on August 24, 2018, the Examiner appointed by the New York Bankruptcy Court submitted his report. The Report explains the modus operandi of the fraud, and the manner in which the US-based employees of the debtors participated in the fraud. One prominent feature of the fraud was the apparent façade of independent companies, which were, in reality, entities promoted and/or controlled by Modi, that engaged in ‘round-tripping’ of the diamonds amongst themselves.