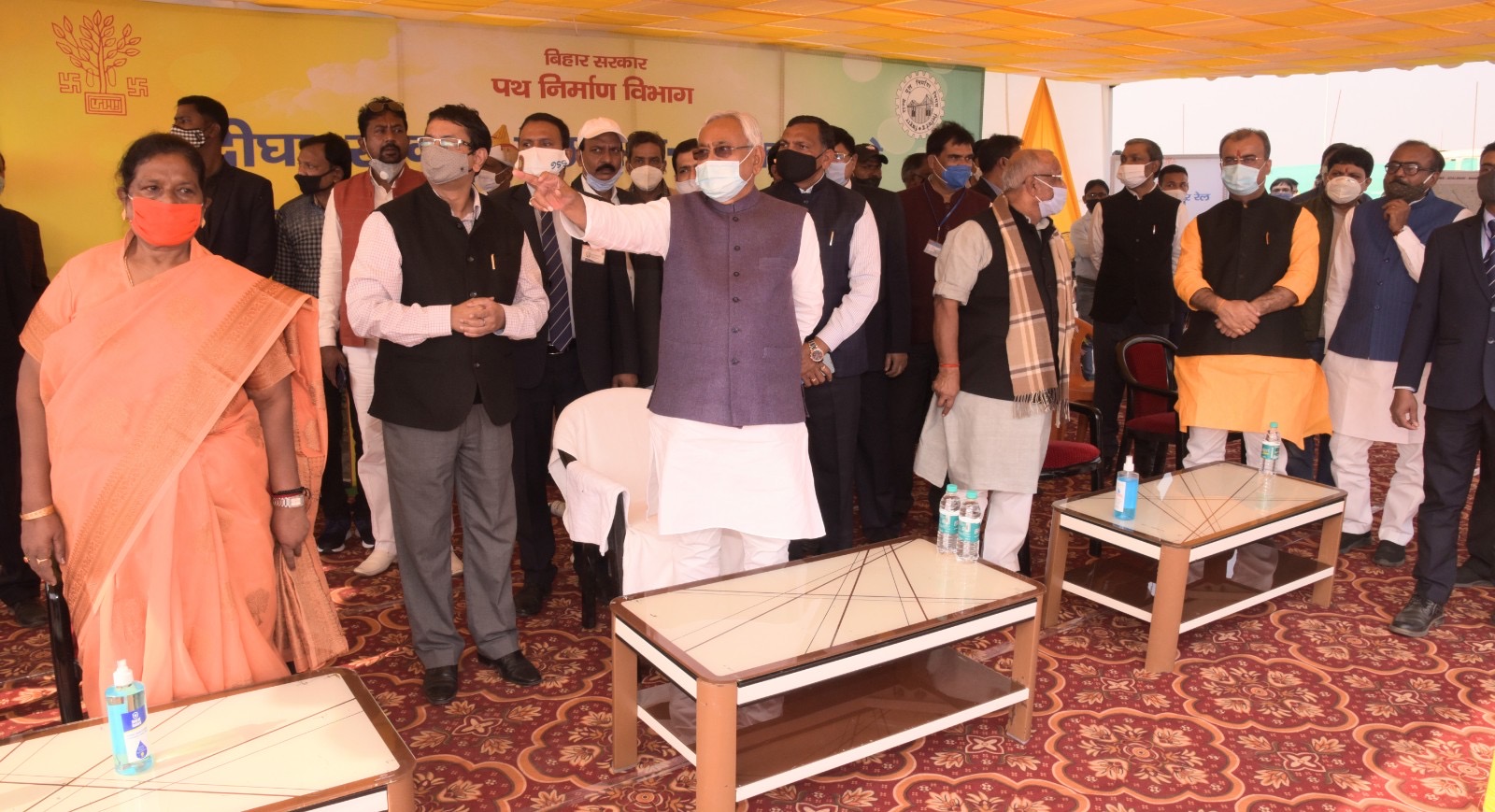 PATNA: Bihar Chief Minister Nitish Kumar on Monday said the Narnedra Modi government (Centre) should allay fears among the protesting farmers that the new agriculture laws were aimed at doing away with the system of minimum support price or that they will adversely affect the procurement of produce.

Kumar, whose JD(U) is a constituent of the BJP-led NDA, also sought to clear misconceptions over the farm legislation that allows sale of produce outside APMC mandis (markets), and pointed towards the state’s own experiment with the abolition of these.

“The Centre has proposed to hold talks with the agitating farmers. Once they sit across the table, it will become clear that fears over MSP are unfounded,” he told reporters here.

The chief minister was speaking on the sidelines of programme organised for the inauguration of a 12.27 km-long elevated road that connects AIIMS, Patna to Digha locality, along the banks of the Ganges, which is expected to immensely facilitate travel between the city’s southern and northern extremes.

Kumar also said “as you all know, we had abolished these (APMC mandis) way back in 2006 and introduced a system for procurement through PACS (primary agriculture credit societies)”.

“Procurement in Bihar in fact picked up only after that. Earlier, that wasn’t the case. I hope the Centre would explain to the farmers that procurement is not going to be hit and the system of MSPs won’t get scrapped,” said Kumar, who was the Union agriculture minister in the Atal Bihari Vajpayee government.