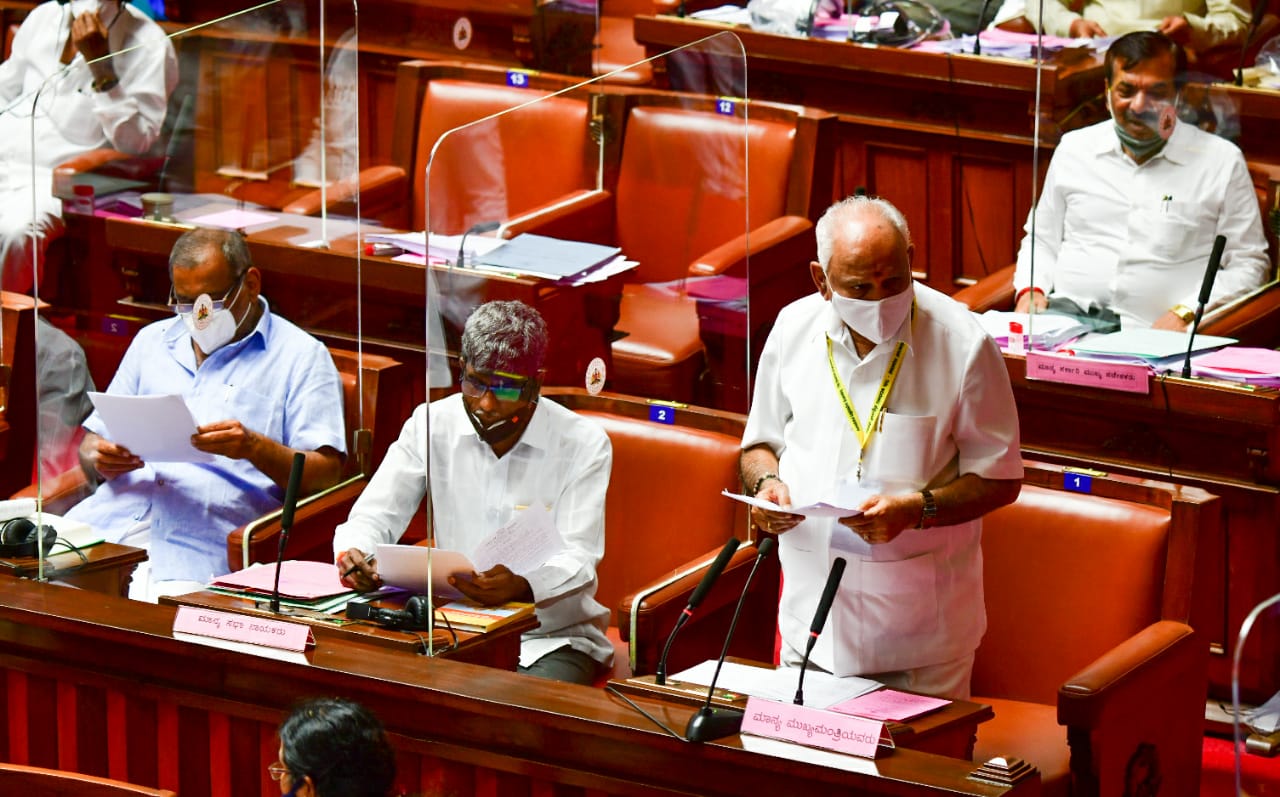 BENGALURU: Exuding confidence at winning the no-confidence motion moved by the Congress, Karnataka Chief Minister B.S. Yediyurappa on Friday quipped that he wanted the opposition party to move such a motion every six months.

Talking to reporters at the Vidhana Soudha here, Yediyurappa said: “Who’s afraid to face this motion (no-confidence)? Let them (Congress) move this (no-confidence) motion every six months. In fact, their move only helps strengthen my hand.”

He claimed that the Congress’ efforts to move this motion only increases people’s confidence in his government. “I am very confident of winning it, it is for them to ponder upon,” he asserted.

Meanwhile, in a surprise move, Janata Dal-Secular leader and former Chief Minister H.D. Kumaraswamy hinted at not supporting the no-confidence motion, saying that his party does not wish to create any confusion and send the wrong signal to people.

“For us, people’s interest is paramount, not the Congress party’s. So far, the Congress party has not approached us, so we are free to make decisions. I do not think Congress is very serious about this motion. They have moved it just for the sake of it. At least it appears like that, if one were to assess their actions,” he argued.

In response to another question on his party taking a soft stand on corruption charges raised by the Congress following a TV expose, Kumaraswamy said that in politics, everyone is blamed for corruption.

“Every political family is accused of corruption. Why should we waste our time on these issues…. instead our party is focused at exposing the state government’s failures inside and outside the Vidhana Soudha,” he said.

In the 225 member Assembly, the ruling BJP has 116 MLAs apart from the Speaker, while Congress has 67, the JD-S 33 MLAs, while the BSP has one, there are two independents and one nominated member. Four seats are vacant.