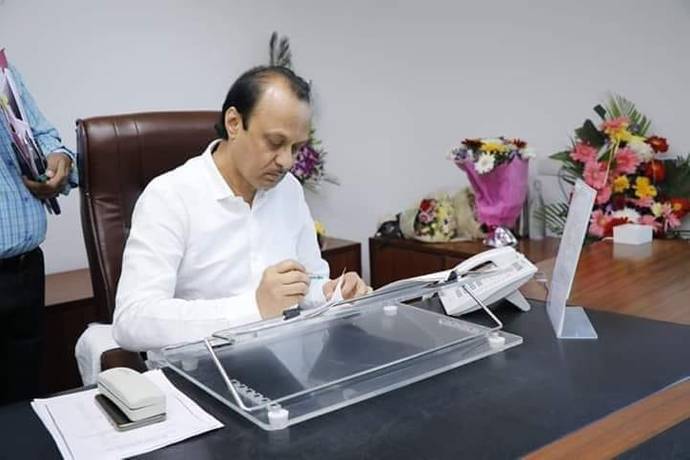 MUMBAI: A court here on Thursday rejected the Enforcement Directorate”s plea seeking tointervene in the hearing on a closure report of Mumbai Police in the alleged Rs 25,000 crore Maharashtra State Co-operative Bank scam.
Maharashtra Deputy Chief Minister Ajit Pawar had been named as an accused in the case.

The Economic Offences Wing (EOW) of city police filed a closure report in September before the special Anti- Corruption Bureau (ACB) court. The EOW claimed that its special investigation team found no criminal aspect to the case.

The ED contended that the probe was flawed, and sought to intervene in the hearing, demanding that the closure report be rejected.

The EOW had filed a First Information Report (FIR) in the case under IPC sections 406 (criminal breach of trust) and 420 (cheating), the Prevention of Corruption Act and Securitisation and Reconstruction of Financial Assets and Enforcement of Security Interest Act.

The case pertained to loans of thousands of crores of rupees obtained by sugar cooperatives, spinning mills and other entities from district and cooperativebanks.

The FIR named Ajit Pawar and over 70 others, who were directors of the MSC Bank during the relevant period, as accused. It had been registered following a high court order in August last year.

Banking and RBI regulations were violated while disbursing loans to sugar mills at very low rates and selling off assets of defaulter businesses at throw-away prices, the FIR alleged.

However, the EOW later said it did not find any criminal aspect that needed to be probed.