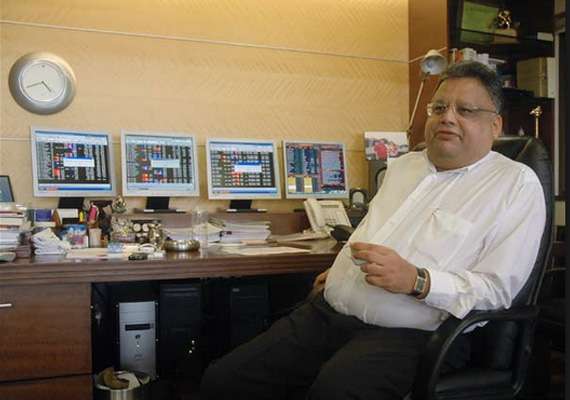 NEW DELHI: ‘Big Bull’ Rakesh Jhunjunwala on Saturday said he has investments in private companies stretching to over a decade, and the returns he has made on his unlisted portfolio are higher than the one on listed firms.

Jhunjunwala, who is reported to be the largest individual investor in the domestic markets, also said the level of taxation on the equity markets is “reasonable” given the socio-economic conditions in the country.

“I am happy to inform you that my return on the unlisted portfolio is greater than the return on my listed portfolio. There also I have long investments of 10-12 years,” he said, speaking at an event to commemorate Jana Small Finance Bank’s anniversary.

“In a so-called unequal society, it is the new aspirants who are making wealth. Please don’t say that… India is crony capitalism. First generation entrepreneurs who came from nowhere are creating wealth. That makes me proud as an Indian,” Jhunjunwala added.

The ace investor disagreed with the notion that easy liquidity is the only source of growth for the Indian share market, arguing that stock prices have soared over the last one year because of earnings outlook.

Jhunjunwala said corporate performance in the second and third quarters of the current fiscal year is a testament to the earnings potential of the Indian companies.

He noted that the easy liquidity conditions in the US and other advanced economies would have contributed 10 per cent to the rise of the domestic markets, but reiterated that the more important reason for growth is the earnings potential of Indian stocks.

Jhunjunwala further said he is more bullish on battered sectors like infrastructure, cyclicals and state-run lenders, and cautioned that companies with faulty corporate governance should be avoided.

The growth opportunity for a business, people running the business, governance structure at a company, technology adoption and the firm’s belief in frugality are the list of priorities which should be considered before choosing a stock to invest in, Jhunjunwala said.

He said people who have committed misdeeds like not paying back banks despite living in expensive mansions are the ones who ought to be afraid in the current scenario in the country, where Prime Minister Narendra Modi has now stated that private capital will be respected.

He also said the market benchmarks will keep doubling every four to five years, and added that in the next 25 years, India’s per-capita income will surpass that of China’s on the back of high economic growth.

By financial year 2025-26, India’s GDP growth will reach the double digit mark and sustain it over the next two decades, he said.

Jhunjunwala also said with the economic growth gaining momentum, there is a reason for the RBI not to raise rates because of worries over inflation.

He also advocated taking a look at recasting the consumer price inflation basket, which has over 50 per cent weightage on food, where the prices are very volatile.

With the growing prosperity, food has ceased to be such an important constituent of expenditure for households, he argued.

Speaking at the same event, Sunil Munjal of Hero Group said restoring “a sense of faith and trust between government, industry and civil society” is essential in India as it aims for higher growth trajectory.