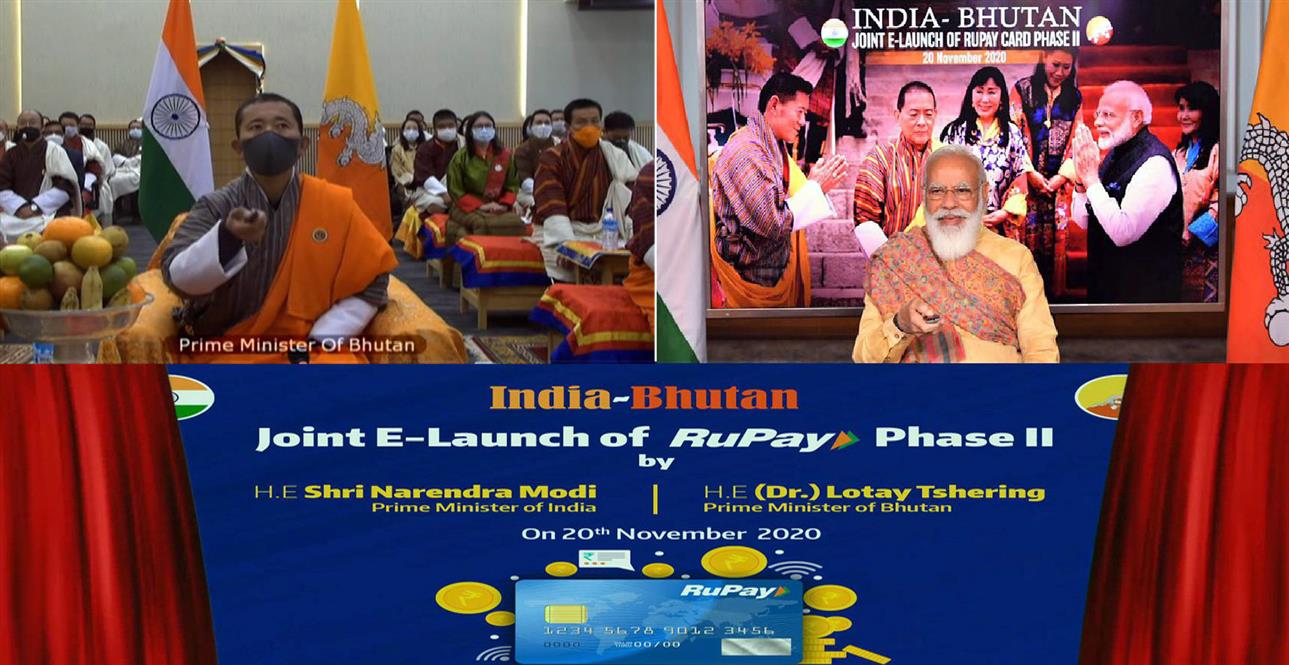 The prime ministers of the two countries had jointly launched Phase-I of the project during Modi’s state visit to Bhutan in August last year.

In his speech via video conferencing, Modi spoke about the deep cooperating between the countries in a gamut of fields, including ISRO’s preparation to launch Bhutanese satellites into space and BSNL’s agreement with Bhutan regarding third international internet gateway.

He also asserted that India stands solidly with Bhutan in this difficult hour of the COVID-19 pandemic, and said meeting the neighbouring country’s requirements will always be its top priority.

The implementation of Phase-I of RuPay cards in Bhutan has enabled visitors from India to access ATMs and Point of Sale (PoS) terminals across Bhutan. Phase-II will now allow Bhutanese card holders to access RuPay network in India, the Ministry of External Affairs had said in a statement.

The RuPay card is an Indian debit and credit card payment network, with acceptance at ATMs, POS devices and e-commerce websites.

India and Bhutan share a special partnership, anchored in mutual understanding and respect, reinforced by a shared cultural heritage and strong people to people links, the MEA had said.