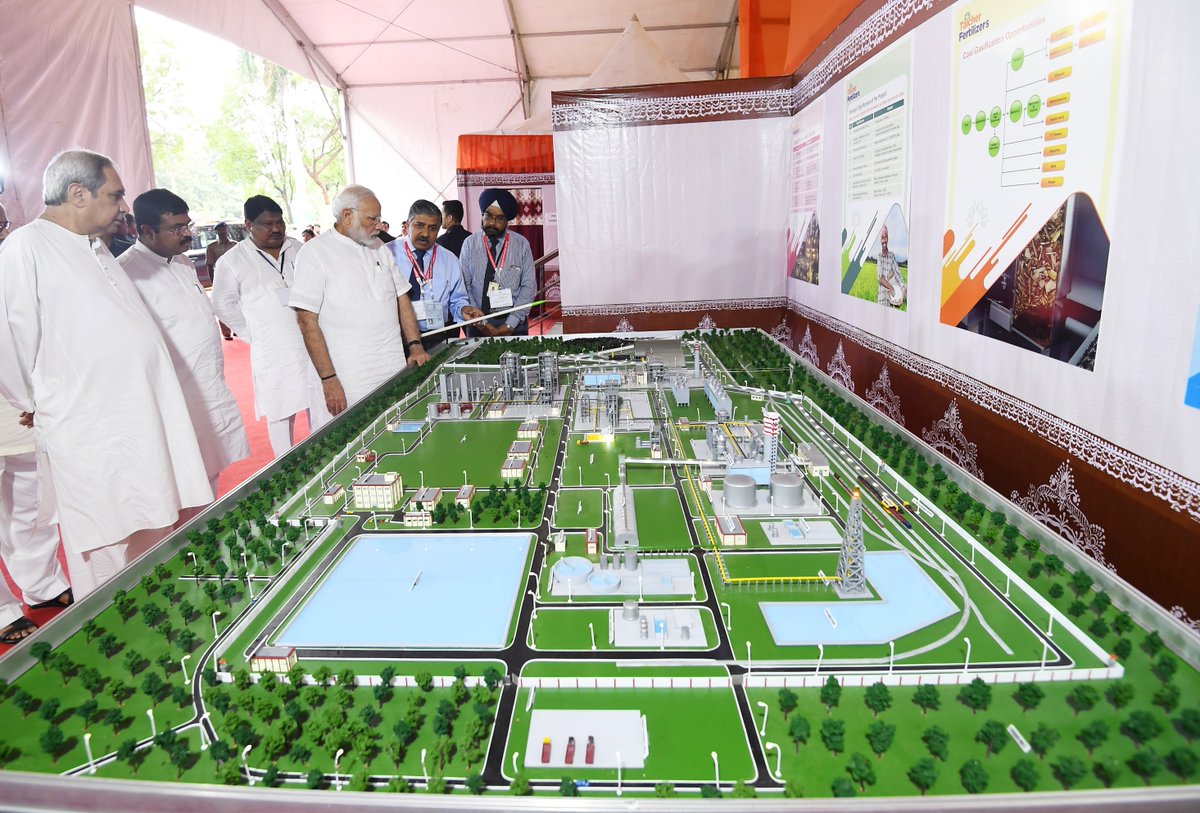 TALCHER: Prime Minister of India Narendra Modi on Saturday said the Rs 13,000 crore-project to revive the Talcher fertiliser plant will for the first time see coal being converted into gas for use as feedstock and for producing neem-coated urea.

The project, which will start production in 36 months, will help cut import of natural gas and fertiliser and make India self-reliant, he said.

“Our aim is to take India to new heights of growth,” he said at a function organised to mark commencement of the project.

Projects like the fertiliser plant here are central to India’s growth story, he said. “This plant will use latest technology as well.”

The beginning of work on the plant would fulfill the dreams that should have been fulfilled long ago, he said.

The project will produce 1.27 million tonne of neem-coated urea – a crop nutrient, and would use coal-gasification technology to produce feedstock for the plant.

“Coal-gasification is being used for the first time in India to covert this ‘black diamond’ coal into gas. This would help reduce import of natural gas fertiliser,” he said adding the project would also generate employment for about 4,500 people.

The project is being executed by a consortium of PSUs, which Modi said, is a shining example of how the country’s ‘crown jewels’ can work together.

Talcher fertiliser project of the Fertilizer Corporation of India was shut in 2002 by the then BJP-led NDA government as frequent power restrictions, obsolete and mismatch of technology made the plant economically unviable.

The government in August 2011 decided to revive the plant. A new company – Talcher Fertilisers Ltd – was constituted with four state-run companies namely GAIL, Coal India, Rashtriya Chemicals and Fertilisers and FCIL as partners.