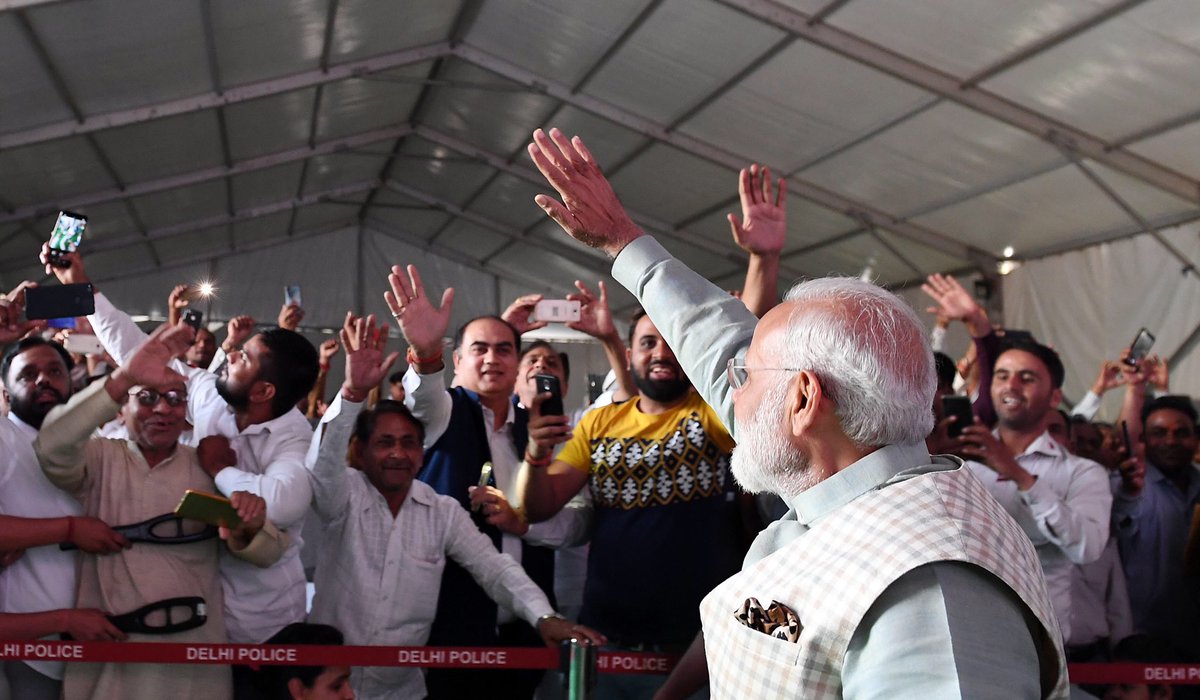 NEW DELHI: Shopkeepers will get pension and traders collateral-free loans of Rs 50 lakh if the Bharatiya Janata Party-led government is reelected, said Prime Minister on Friday as he turned the focus of his election campaign on making India business friendly.

“I am impressed by the hard work of traders–their business has helped the economy bloom. I have tried to make your life and business easy in last five years,” he said in Delhi.

Modi said his government has stood by traders, but the opposition Congress party has abused them by calling them “chor” (thieves).

“Governments boasted of making new rules–I had said I will remove a regulation every day if come to power. I have tried to make your life and business easy in last five years,” Modi said in a stadium packed with traders who chanted his name as he talked about scrapping 1,500 laws that had held up business.

“I consider you (traders) as biggest stakeholder of the economy. Opposition parties remember you only on special occasion.”

Modi said the Goods and Services Tax, which was brought in July 2017 by amalgamating 17 different central and state taxes, has made doing business transparent, ended state check-posts and resulted in doubling of registered traders.

“I do not say there may have not been mistakes (in implementing GST) but we have quickly addressed any anomalies based on suggestions from traders,” he said. “We are continuously making this process simple.”

Modi said India has jumped 65 places on World Bank’s ease of doing business ranking to rank 77 in the world and the target is to break into top 50 in the next 5 years.