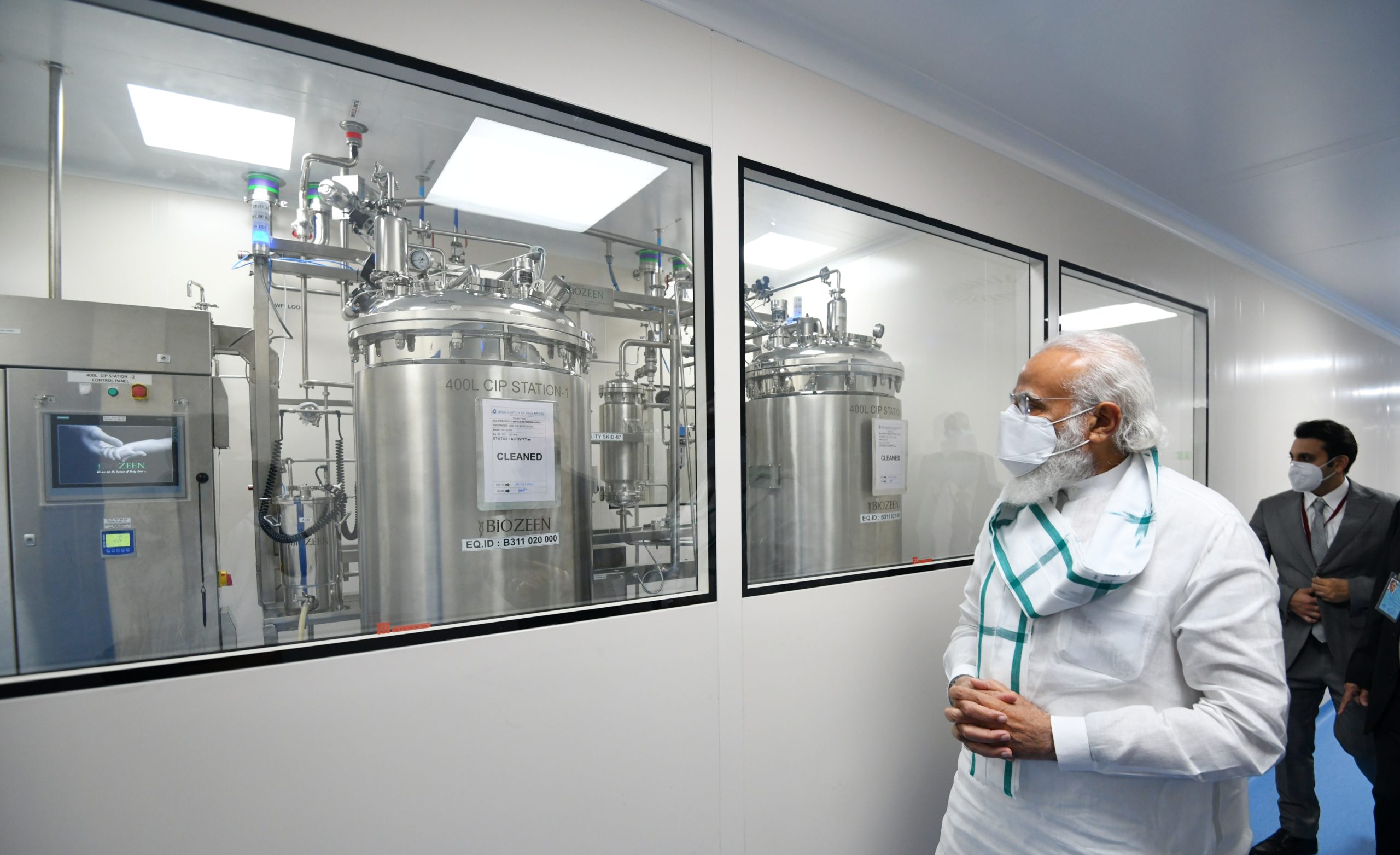 NEW DELHI: Prime Minister of India Narendra Modi held a 3-city tour to Serum Institute of India in Pune, Zydus Biotech Park in Ahmedabad and Bharat Biotech in Hyderabad today, to personally review the development and manufacturing of COVID-19 vaccine.

The PM’s visit aimed at getting a first-hand perspective of the preparations, challenges and roadmap in India’s endeavour to vaccinate its citizens.

On his visit to Serum Institute of India, Pune, the Prime Minister was briefed about the institute’s plan to ramp up manufacturing of biotechnology company Novavax’ Covishield vaccine and the progress on the same.

The PM interacted with the team comprising doctors and scientists and also visited the vaccine manufacturing facility.

Earlier in the day, the PM visited the Zydus Biotech Park in Ahmedabad to know more about the indigenous DNA based vaccine being developed by Zydus Cadila.

He complimented the team for their work and assured them that the Government of India is actively working with them to support them in this journey.

During his visit to Bharat Biotech facility in Hyderabad, the Prime Minister was briefed about their indigenous COVID-19 vaccine. The PM congratulated the scientists for their progress in the trials so far.

The scientists expressed joy that the Prime Minister met them face to face in order to boost their morale and help accelerate their efforts at this critical juncture in the vaccine development journey.

Prime Minister expressed pride in the fact that India’s indigenous vaccine development has progressed at such a rapid pace so far.

He spoke on how India is following sound principles of science in the entire journey of vaccine development, while also asking for suggestions to make the vaccine distribution process better.

Prime Minister stressed that India considers vaccines as not only vital to good health but also as a global good, and it is India’s duty to assist other countries, including the nations in our neighbourhood, in the collective fight against the virus.

He asked the scientists to express their free and frank opinion on how the country could further improve its regulatory process. The scientists also presented an overview of how they are also developing various new and repurposed drugs to better fight COVID-19.