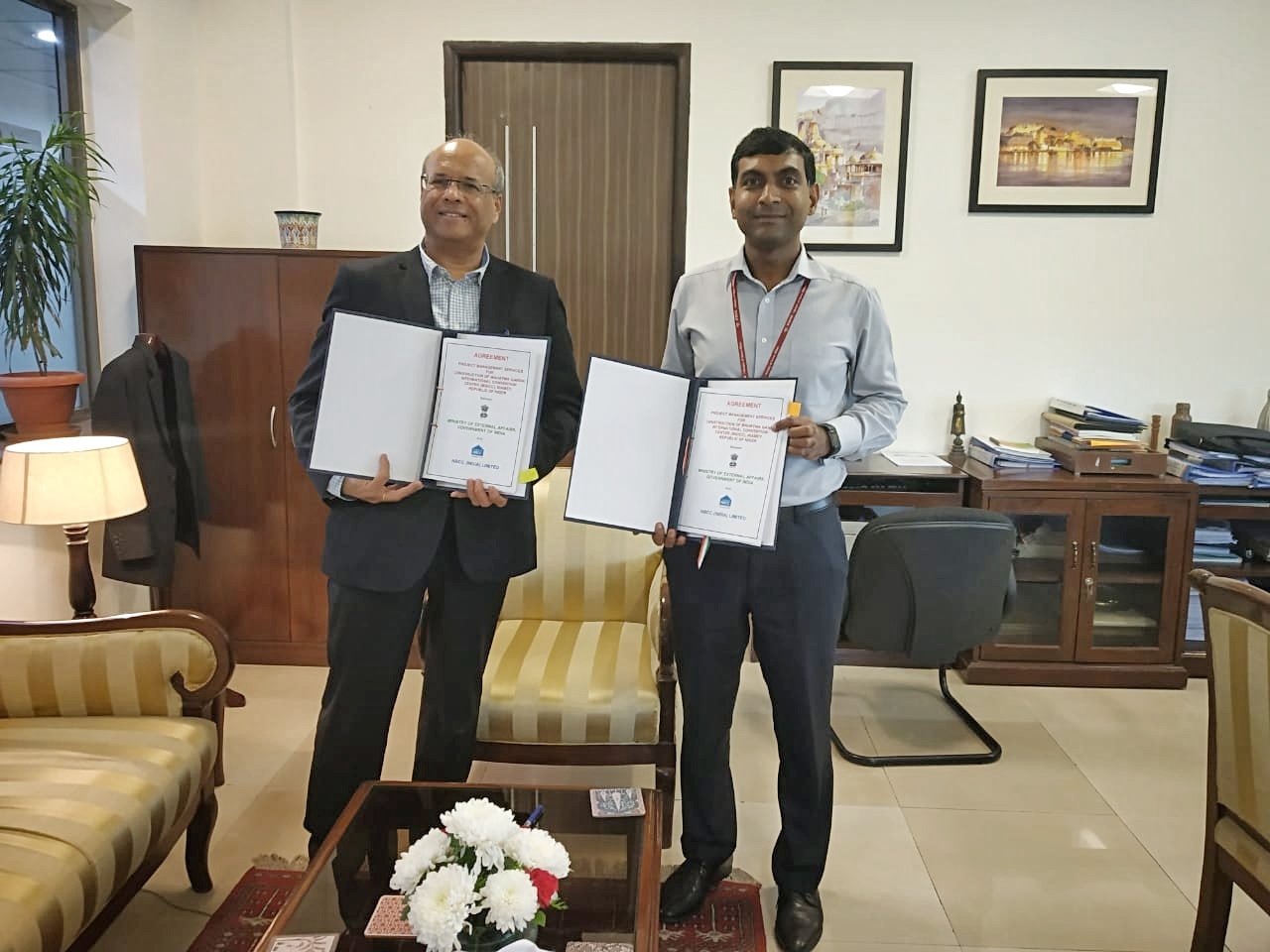 NEW DELHI: State-owned PSU, NBCC (India) that it has signed an Memorandum of Understanding (MoU) with the Ministry of External Affairs (MEA) to construct Mahatma Gandhi International convention centre (MGICC) at Niamey, the largest city and capital of Niger in West Africa.

As a construction partner, NBCC will work as a Project Management Consultancy (PMC) and would charge 7.5 per cent of the total project cost.

NBCC will also do day-to-day comprehensive construction supervision and other required approvals for the project to ensure adherence to the plan during construction of the convention centre.

Dr Anoop Kumar Mittal, Chairman-cum-Managing Director, NBCC (India) Ltd. said, “NBCC is not only known to be a front-runner in nation building, but also a key partner of government in developing major overseas projects that represents the rich culture of India. Developing such projects would further strengthen the bilateral ties between the two nations and would also provide job opportunities for Indian engineers and other employees residing in these countries”.

“We are planning to complete the entire project in 12 months with the help of latest technologies for building the Mahatma Gandhi International Convention Centre”, Dr Mittal added.

Setting-up of Mahatma Gandhi International Convention Centres (MGCC) is in line with Prime Minister Narendra Modi’s commitment and vision for a prosperous, integrated and United Africa.

The initiative to build the convention centre was taken by MEA during the ‘Third India-Africa Forum Summit’ (IAFS) held at New Delhi in December 2015. India had offered a concessional credit of $10 billion over five years and a grant assistance of $600 million to create 100 capacity-building institutions, public transport, manufacturing capacity and developing infrastructure across Africa.

NBCC has offices in Oman, Maldives, Turkey, Mauritius and Botswana as also a subsidiary ‘NBCC International Limited’ to extensively and exclusively pursue its operations overseas.