‘New RBI window may not increase credit to NBFCs’ 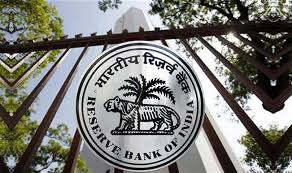 ‘New RBI window may not increase credit to NBFCs’

NEW DELHI: The partial credit enhancement (PCE)facility by the Reserve Bank of India’s (RBI) for non-bank lenders is unlikely to have the desired impact of increasing credit flow to the troubled sector, a report said on Friday.

“The issuance volumes for NBFCs/HFCs under the PCE framework are likely to remain muted,” domestic rating agency Icra said in the note.

Credit enhancement is a tool typically aimed at improving credit worthiness of a borrower, in this case the NBFCs. The RBI move came amid a strong pitch for many, including its central board members, to increase the credit supply to the troubled sector.

NBFCs and HFCs are facing a crisis of confidence following the default by IL&FS since late-August, which led to its takeover by the government last month. This in turn led to a liquidity crunch for the sector, which has a credit demand of around Rs 1 trillion to redeem their debt obligations in November.

It can be noted that even in immediate reactions, analysts were doubtful about the impact which can be created through the new regulations.

Icra drew parallels between the corporate sector and the NBFCs and voiced its fears of the non-bank lenders also not issuing any PCE-backed debt instruments like the corporate sector, which has not been able to raise any debt despite the same facility being around for three years.

Additionally, it said the RBI guidelines on PCE state that the drawn PCE facility would become payable within a period of 30 days, which is a “restriction”.

“This restriction makes the nature of PCE facility akin to a liquidity facility (providing only a liquidity cushion of 30 days) rather than a genuine long-term first loss credit enhancement facility,” it said.

In the absence of any significant rating enhancement, the cost savings to the issuer may not be significant.

Although PCE debt structures have the potential to help issuers reach out to a wider set of investors like those who would be unable or unwilling to invest in their stand-alone debt; “in reality”, in the absence of any significant rating enhancement, this benefit is unlikely to be achieved in a big way, the agency said.