Pakistan army stands by Kashmiris, will go to any extent to help them: General Qamar Javed Bajwa 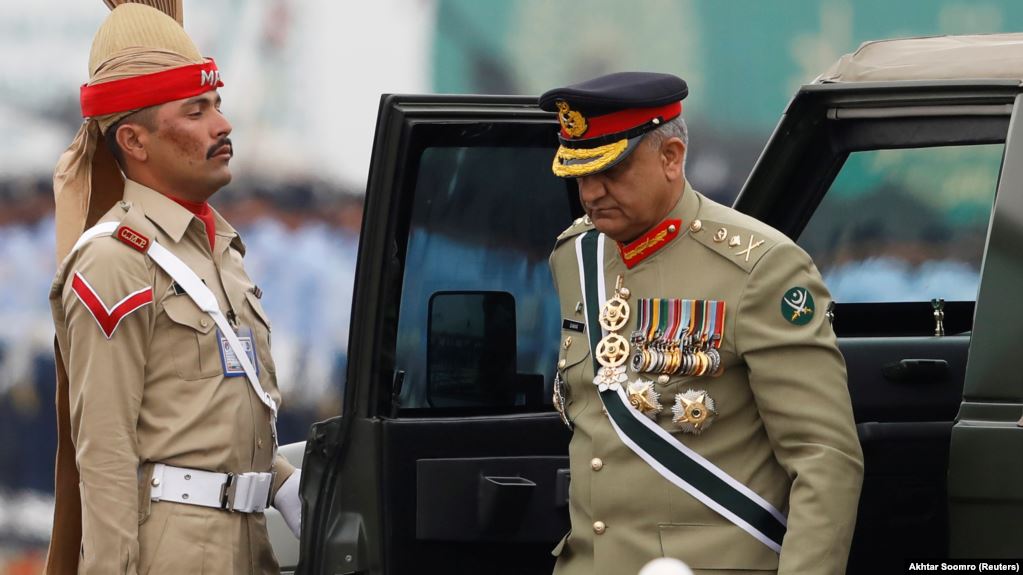 Pakistan army stands by Kashmiris, will go to any extent to help them: General Qamar Javed Bajwa

ISLAMABAD: Pakistan Army chief General Qamar Javed Bajwa on Tuesday said that his troops are prepared to “go to any extent” to help Kashmiris, a day after the Indian government revoked Article 370 which gave special status to Jammu and Kashmir.

The decision to take away Jammu and Kashmir’s special status and treat it like any other state in India is aimed at the ending the decades old separatist movement in the Valley.

Gen Bajwa presided over the Corps Commanders Conference, which is the highest decision making forum of the army, held at General Headquarters on a single point agenda of Kashmir.

“Pakistan Army firmly stands by the Kashmiris in their just struggle to the very end. We are prepared and shall go to any extent to fulfil our obligations…,” Gen Bajwa told the army commanders.

In a statement, the Army said that the forum fully supported the Pakistan Government’s “rejection of Indian actions” regarding Kashmir.

Pakistan never recognised Article 370 of the Indian Constitution or 35-A which have now been revoked by New Delhi itself, the army said.

On Monday, Pakistan condemned and rejected the Indian government revoking Article 370 of the Constitution and vowed to exercise “all possible options” to counter India’s “illegal” and “unilateral” step.

Reacting sharply to the Indian government’s announcement, Prime Minister Imran Khan termed the move to revoke Article 370 as “illegal” and said it will “further deteriorate” relations between the nuclear-capable neighbours.