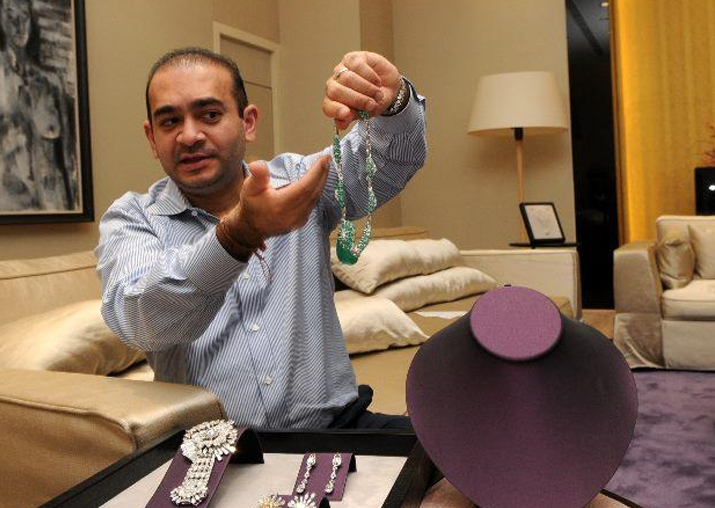 NEW DELHI: The Enforcement Directorate (ED) said it had attached 11 properties worth over Rs 56 crore of fugitive diamond jeweller Nirav Modi in Dubai in connection with its money-laundering probe in the $2-billion Punjab National Bank (PNB) fraud case.

The central probe agency said the assets were in the name of “Modi and his group company M/s Firestar Diamond FZE and they bear a market value of $7.79 million, which is equivalent to Rs 56.8 crore”.

The ED has issued a provisional order for attachment of these assets under the Prevention of Money Laundering Act (PMLA).

Last month, the agency had attached assets worth Rs 637 crore of Nirav Modi and his family members, including two apartments at New York’s iconic Central Park.

Sources in the agency said the ED would soon get multiple letters rogatory (judicial requests) issued by a Mumbai court for the legal formalisation of the attachment of these assets in coordination with its counterpart in Dubai.

Once the LRs were issued, India could freeze the foreign assets of an accused as part of a global legal cooperation in criminal matters, they added.

Nirav Modi has been absconding since the alleged bank fraud, by far the biggest in the country, came to light early this year and an Interpol arrest warrant was recently notified against him even as India is working to get him extradited from the UK, where he was last reported to have been based.

The agency has attached assets worth over Rs 700 crore of Nirav Modi and his family in the country till now. It has also filed a chargesheet against the fugitive diamond jeweller, alleging that he laundered and diverted over Rs 6,400 crore of bank funds to dummy companies abroad, which were under his and his family’s control.

Nirav Modi, his uncle Mehul Choksi and others are being probed under various criminal laws, following a complaint by the PNB that they cheated the nationalised bank to the tune of over Rs 13,000 crore with the purported involvement of some of its employees.

Meanwhile, in another development, the ED arrested an executive of a firm linked to fugitive jeweller Mehul Choksi in connection with its money-laundering probe in the $2-billion PNB fraud case, officials said on Tuesday.

They added Deepak Kulkarni was apprehended from the Kolkata airport after he landed from Hong Kong on Monday.

Kulkarni, who was arrested under the Prevention of Money Laundering Act (PMLA), was produced before a court in Kolkata on Tuesday, which granted three days’ transit remand to the ED to produce him before a regular court in Mumbai, the officials said.

This PMLA case has been registered by the ED at its zonal office in Mumbai.

Kulkarni has been linked to the overseas businesses of Choksi, one of the main accused in the case, and the ED had notified a Look-out Circular (LoC) against him, the officials said.

He was a director in a Hong Kong-based “dummy” firm linked to Choksi, an official had said, adding that the ED had named him in a chargesheet filed against the jeweller earlier this year and a Mumbai court had also issued a non-bailable warrant against him.