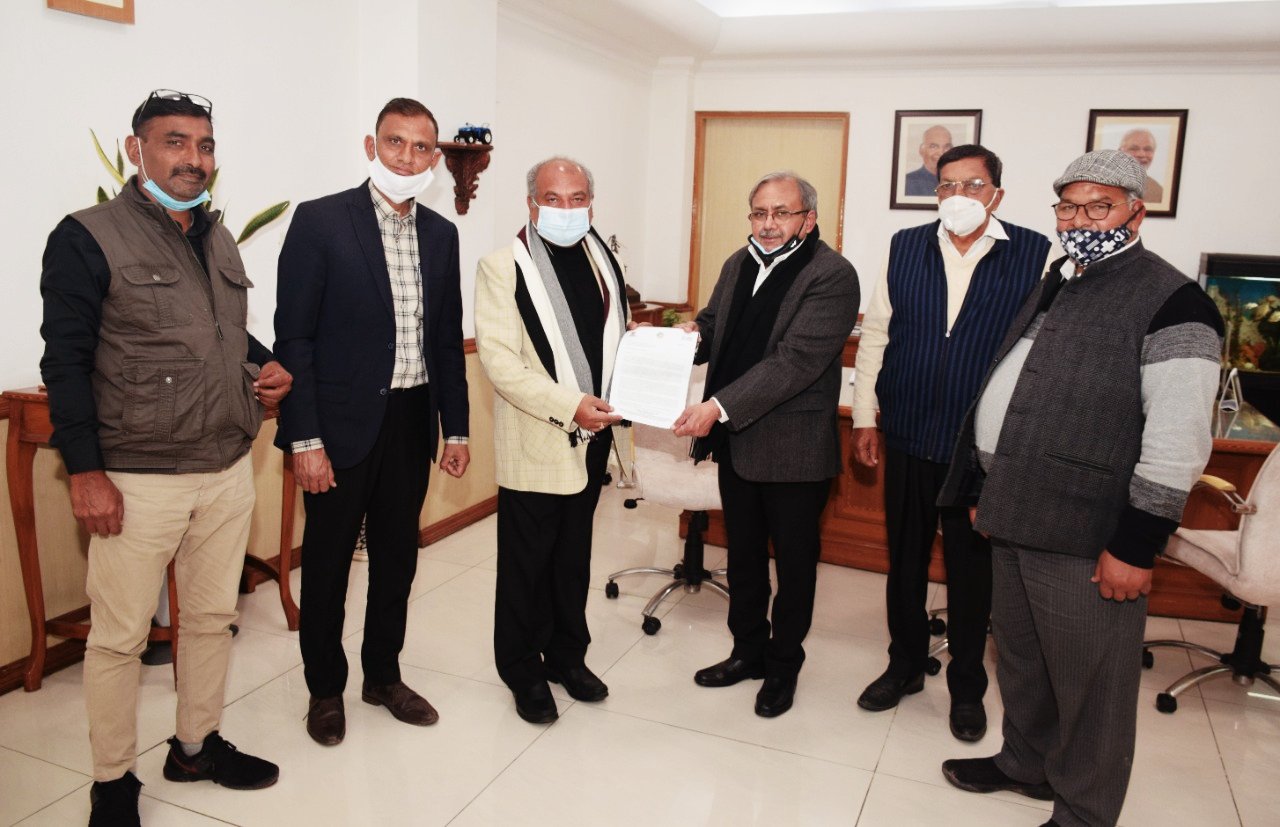 NEW DELHI: Days before the next round of talks, Agriculture Minister Narendra Singh Tomar on Wednesday said a large number of farmers from across the country are coming out in support of three farm laws and urged protesting unions to understand the sentiments behind reforms brought through these legislations.

He also expressed confidence that the protesting unions will focus on farmers’ interests and help the government reach a solution through constructive dialogue.

Speaking to reporters after meeting a group supporting the laws, Tomar said the government is committed towards all farmers of the country and their interests.

“Therefore, we are meeting those farmers who are coming out in support of the three laws, in addition to a continuing dialogue with those opposing the Acts,” the minister said.

He further said, “A large number of farmers from across the country are coming out in support of the laws. We are meeting them and also getting their letters and phone calls. We welcome and thank all of them.”

Seven rounds of talks between the government and representatives of protesting farmers have failed to resolve a long-running agitation against the three laws enacted in September.

While the government has presented these new laws as major reforms aimed at increasing farmers’ income and improving their lives, the protesting groups see these legislations as pro-corporate and against the current MSP and mandi systems.

The next round of talks with protesting unions is scheduled for January 8, while the government has been also separately meeting various farm groups that have extended support to the laws.

“I am confident that protesting unions will also understand the sentiments behind the farm reform laws and will focus on farmers’ interests and will surely help us reach a solution through a constructive dialogue,” Tomar said.

Earlier in the day, the minister met the All India Farmers Association (AIFA), headed by former Prime Minister Lal Bahadur Shastri’s grandson Sanjay Nath Singh, which submitted a representation in support of the new farm laws.

The group also some suggestions for the ongoing negotiations between the government and the protesting unions.

The AIFA recommended setting of an independent regulatory body to monitor farm contracts, price regulatory authority to monitor purchase and sale price of farm produce, enforcement of a template of contract agreement among others.

In the meeting, Tomar highlighted the benefits of the new laws for small and marginal farmers and steps being taken for setting up of farmer producer organisations (FPOs) and farm-gate infrastructure with Rs 1 lakh crore outlay.

Protesting farmers have threatened to intensify their stir if their main demands — repeal of the three laws and legal backing to the MSP — are not met.

In the meantime, the Supreme Court said it would hear on January 11 a batch of pleas challenging the new farm laws as also the ones raising issues related to the ongoing farmers’ protest at Delhi borders.