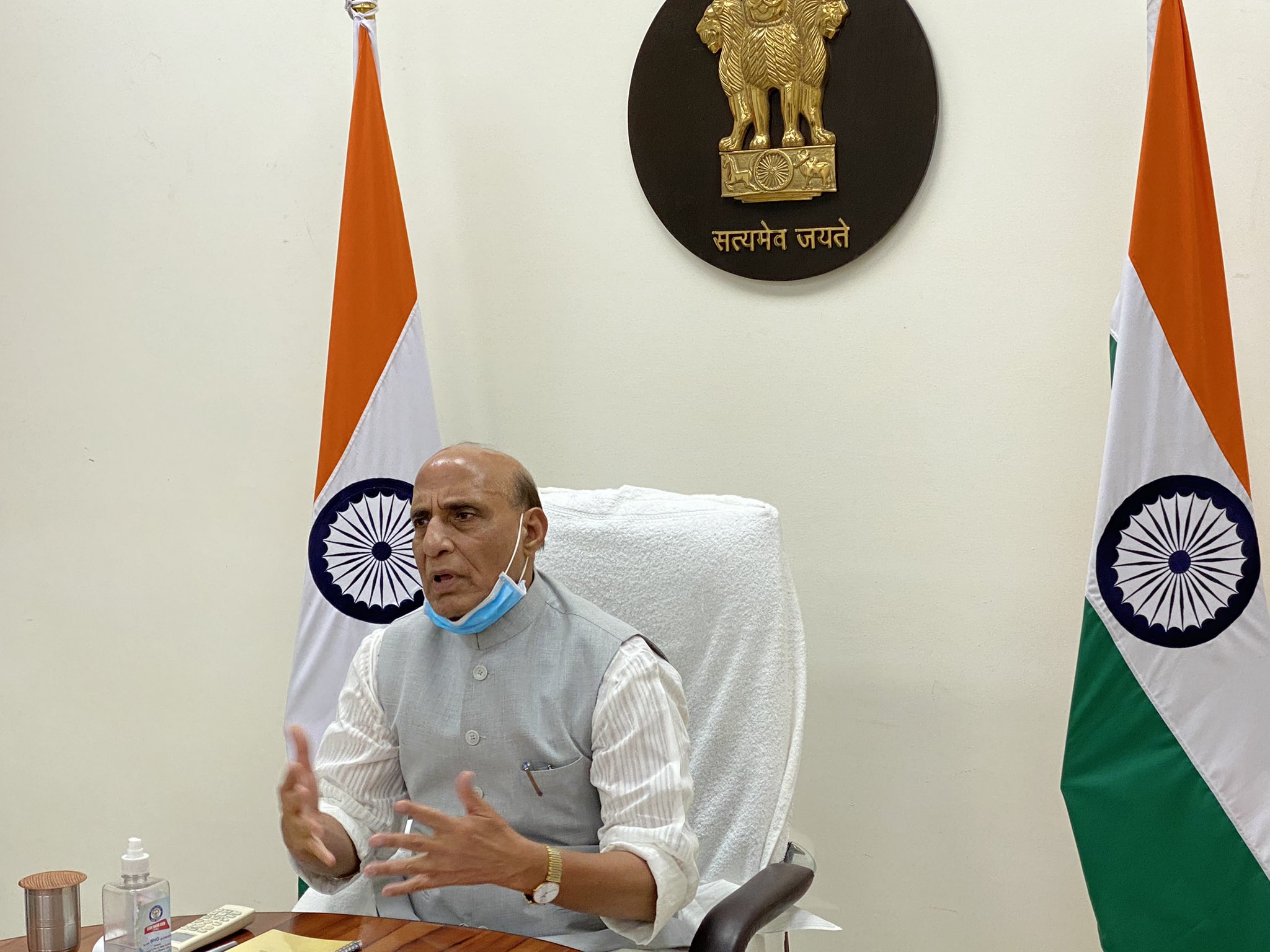 NEW DELHI: India’s Defence Minister (Raksha Mantri) Rajnath Singh reviewed the efforts of the Ministry of Defence and the three Services to fight the current COVID-19 crisis through video conferencing on April 24, 2021.

Reviewed the efforts of Ministry of Defence and the three Services to fight against the current wave of COVID Pandemic through video conferencing facility. The Armed Forces and MoD will leave no stone unturned in providing all possible assistance to the civilian administration. pic.twitter.com/JDciUfaZ4M

Singh directed the Armed Forces and various other establishments of the Ministry of Defence to extend all possible assistance to the civilian administration to tide over the present situation. He said people look up to the Armed Forces in times of crisis as they have great hope and trust in them.

Raksha Mantri reviewed and expressed satisfaction with the assistance being provided by Indian Air Force (IAF) in moving oxygen tankers and plants from abroad as well as within the country. He was briefed that one C-17 IAF transport plane left for Singapore in the morning of April 24, 2021 and will return in the evening with four containers of cryogenic oxygen tanks.

Indian Navy ships have been put on standby for any assistance in moving oxygen tankers, Raksha Mantri was informed.

DRDO Chairman briefed that another 250 beds would become functional at the Sardar Vallabhbhai Patel COVID hospital in New Delhi by the evening of April 24, 2021, taking the total number of beds to 500.

In Gujarat, DRDO has completed setting up of a 1,000-bed hospital. He informed the Raksha Mantri that work is in full swing to establish a COVID facility in Lucknow that would become operational in the next 5-6 days. These hospitals would be run by AFMS in coordination and with assistance of local state governments.

Senior officials of MoD are in constant touch with the officials of state governments for necessary coordination in this regard. As AFMS has its resources stretched to the limit, services of local doctors and health professionals might be enlisted for the 750-bed hospital that is coming up at Varanasi. To augment the work force of health professionals, Raksha Mantri approved a suggestion to deploy those who have recently retired from AFMS.

Singh was also briefed that all health facilities of Defence PSUs and Ordnance Factory Board have been allowed to provide health services to local COVID-19 affected civilian population. He directed the officials of MoD and the three Services to closely monitor the progress of various initiatives.

This was the second meeting chaired by Raksha Mantri to review the preparedness of MoD and the Armed Forces to deal with the current surge in COVID-19 cases. The first meeting was held through video conferencing on April 20, 2021.