RBI to pay Rs 28,000 crore as interim dividend to government 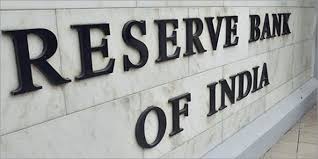 RBI to pay Rs 28,000 crore as interim dividend to government

NEW DELHI: The Reserve Bank of India (RBI) on Monday said it will give Rs 28,000 crore to the government as interim dividend.

The decision was taken at the meeting of the RBI’s Central Board here.

“Based on a limited audit review and after applying the extant economic capital framework, the Board decided to transfer an interim surplus of Rs 280 billion to the central government for the half-year ended December 31, 2018,” the central bank said in a statement.

This is the second successive year that the Reserve Bank will be transfering an interim surplus.

Earlier, Finance Minister Arun Jaitley addressed the post-Budget meeting of the Central Board. Jaitley in his address broadly outlined the various reforms and policy measures taken by the government over the last four years and the effects thereof.