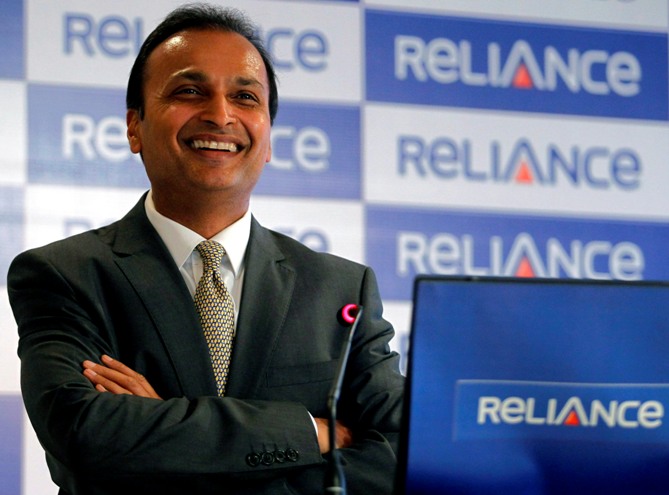 Sources close to RCom said the payment was made to Ericsson Monday evening, a day before the four-week deadline set by the Supreme Court to clear dues expires.

An Ericsson spokesperson confirmed that the telecom gear maker had received the full payment from the Reliance Communications (Rs 458.7 crore) on Monday and Rs 118 crore previously. The amount paid by RCom also includes interest.

Source of funds for the payment was not immediately known and it was expected that RCom will come out with a statement on the issue soon.

The Supreme Court had last month held Ambani in contempt for not paying Ericsson’s dues despite promising to do so. It had threatened to send the billionaire as well as Chhaya Virani and Satish Seth – chairmen of two RCom units, to jail if they fail to pay the dues in four weeks.

Ericsson had moved a bankruptcy court in 2017 alleging it had not been paid dues of around Rs 1,600 crore after signing a deal in 2013 to operate, maintain and manage the telco’s nationwide network. It extracted a personal guarantee from Ambani to pay the dues.

But repeated failure by RCom to comply with the promise and Ambani’s personal guarantee landed him in trouble last month when the Supreme Court held him in contempt.

Thereafter, it suffered another blow when National Company Law Appellate Tribunal (NCLAT) last week refused to free up Rs 260 crore tax refunds withheld by lenders saying it did not have jurisdiction to do so. Banks had opposed release of the tax refunds.

The apex court on February 20 had held Ambani guilty of contempt of court and ordered the debt-laden company to clear the dues to Ericsson within four weeks or face a 3-month jail term. The last date of making the payment was March 19.

In a verdict that had come as a setback to Ambani, the court on February 20 had pulled up the industrialist for his “cavalier attitude” demonstrated through the affidavit filed in the court and said any “unconditional apology” given must be rejected.

“The RCom group is directed to purge the contempt of this Court by payment to Ericsson the sum of Rs 453 crore within a period of four weeks from today. In default of such payment, the Chairmen who have given undertakings to this Court will suffer three months imprisonment,” the bench of Justices R F Nariman and Vineet Saran had said last month.

It had also directed the registry of the apex court to pay Rs 118 crore deposited by the RCom group to Ericsson.

The payment made on Monday is expected to bring curtains down on the bitter and protracted face-off between Reliance Communications and Ericsson over the outstanding dues.

Shares of RCom closed at Rs 4 apiece on the BSE Monday, 9.30 per cent lower than the previous close.