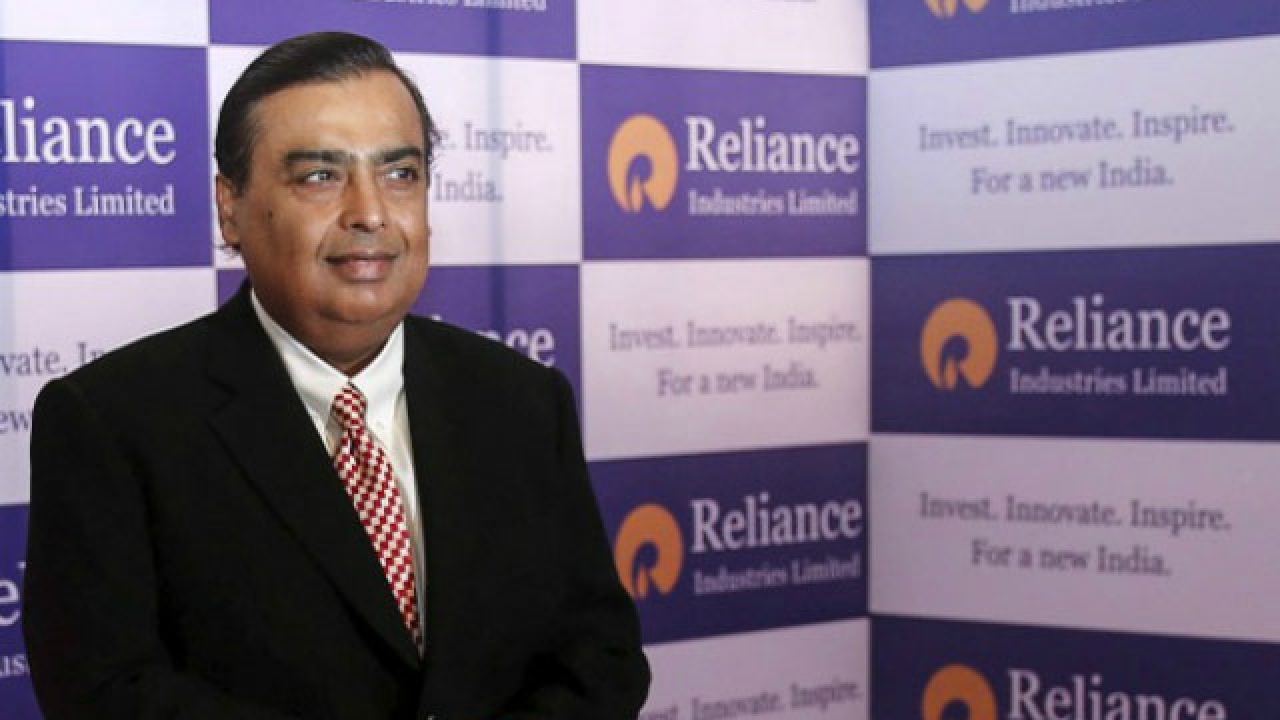 NEW DELHI: Richest Indian Mukesh Ambani-led Reliance Industries Limited (RIL) on Friday posted a 6.8 per cent rise in June quarter net profit as the share of its consumer businesses of retail and telecom saw a steady rise to now account for almost a third of its margin, countering the weakness in traditional petrochemical and refining business.
The oil-to-telecom conglomerate reported a net profit of Rs 10,104 crore, or Rs 17.05 per share, in April-June, up from Rs 9,459 crore, or Rs 15.9 a share, in the same period of the previous financial year, the company said in a statement.
While the profit rose year-on-year, it was lower than the highest ever earning of Rs 10,362 crore in the preceding January-March period.
Standalone net profit of Rs 9,036 crore, up 2.4 per cent over the previous year, was a record.
It clocked a record consolidated revenue of Rs 1,72,956 crore in Q1 on the back of robust retail sales.
The company opened more retail stores and added 24.6 million subscribers to its Jio mobile phone service that helped increase the profitability of the venture as its traditional oil refining and petrochemical business witnessed margin pressures.
Reliance reported record pre-tax profit from its retail and telecom businesses. The two now account for nearly 32 per cent of EBITDA, up from close to 25 per cent previously.
Adding 229 new stores to take the total strength to 10,644, the retail business posted a 70 per cent jump in pre-tax profit to Rs 2,049 crore and a 47.5 per cent rise in revenue to Rs 38,196 crore.
Reliance Jio, the group’s telecom arm, posted a standalone net profit of Rs 891 crore, which was 45.6 per cent more than the previous year, as subscriber base swelled to 331.2 million from 306.7 million at the end of the March quarter.
Earning per subscriber, however, declined to Rs 122 a month from Rs 126.2 in the previous quarter. Earning per subscriber has been on a decline since the first quarter of 2018-19 when it clocked Rs 134.3.
Despite larger consumer base across tariff plans, customer engagement improved with higher data usage of 11.4 GB per user per month; VoLTE voice consumption per subscriber stood at 821 minutes per month, the company said.
Retail is growing faster than every other player, expanding across geographies, formats and verticals. It now has over 23 million square feet of retail space spread across more than 6,700 towns. It crossed the milestone of 100 million registered customers and 150 million footfalls during the quarter, establishing its position as the most preferred retailer in India, it said.
The petrochemical business saw pre-tax profits drop 4.4 per cent to Rs 7,508 crore.
The operator of the world’s largest oil refining complex saw pre-tax earnings from the business decline for the fifth quarter in a row. Pre-tax earnings fell 15.2 per cent to Rs 4,508 crore as margins dipped.
It earned USD 8.1 on turning every barrel of crude oil into fuel as compared to a gross refining margin (GRM) of USD 10.5 per barrel in April-June 2018. The GRM was also lower than USD 8.2 per barrel earned in the January-March quarter.
An economic slowdown, trade tensions and starting of new capacities impacted downstream product prices and margins, the company said.
Commenting on the results, Mukesh Ambani, Chairman and Managing Director, Reliance Industries Ltd, said: “Our first-quarter earnings were strong despite the weak global macroeconomic environment and challenging hydrocarbon market conditions. Our downstream businesses delivered resilient performance in an environment of slower demand growth and incremental supplies. The performance reflects the benefits of deep refining and petrochemicals integration, chain economics and feedstock flexibility.”
The company continues to make major strides in its retail and digital services businesses led by a focus on growth markets with offerings in the right product segments and compelling value proposition, he said.
“We are pleased with the robust growth both in revenues and operating income for Reliance Retail. Our digital services business continues to transform the mobility market in India while scaling newer milestones,” Ambani added.
Having completed its major investment cycle, Reliance said its outstanding debt rose to Rs 288,243 crore as on June 30, 2019, from Rs 287,505 crore as on March.
Cash in hand dropped to Rs 1,31,710 crore from Rs 1,33,027 crore at the end of March quarter.
Reliance also announced monetisation of its tower business, with Brookfield investing Rs 25,215 crore.
“Reliance Industrial Investments and Holdings, a wholly-owned subsidiary of Reliance Industries has entered into an agreement with BIF IV Jarvis India, an affiliate of Brookfield Asset Management Inc for an investment by Brookfield (along with co-investors) of Rs 25,215 crore in the units proposed to be issued by the Tower Infrastructure Trust,” the company said in a regulatory filing.
Reliance Industrial Investments and Holdings (RIIHL) is the sponsor of the trust, which holds 51 per cent share capital of Reliance Jio lnfratel Private Limited (RJIPL), an entity to which the tower assets undertaking of Reliance Jio were recently transferred.

“Proceeds from the investment by Brookfield will be used to repay certain existing financial liabilities of RJIPL and acquiring the balance 49 per cent of the equity share capital of RJIPL, currently held by RIL,” the filing noted.