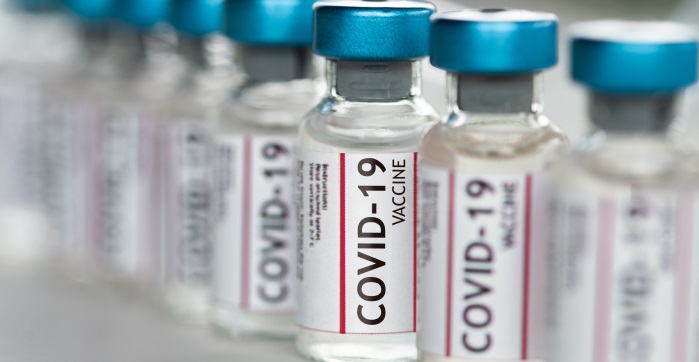 NEW DELHI: The Supreme Court has directed the Centre to revisit its COVID-19 vaccine pricing policy, saying it would prima facie result in a detriment to the right to public health.

The social strata of this age group also comprises persons who are Bahujans or belong to other underprivileged and marginalised groups, like many in the other population age groups. They may not have the ability to pay.

“Whether or not essential vaccines will be made available to them will depend upon the decision of each state government, based on its own finances, on whether or not the vaccine should be made available free or should be subsidised and if so, to what extent. This will create disparity across the nation. The vaccinations being provided to citizens constitute a valuable public good,” the bench said.

The bench, also comprising Justices L Nageswara Rao and Ravindra Bhat said, discrimination cannot be made between different classes of citizens who are similarly circumstanced on the ground that while the Central government will carry the burden of providing free vaccines for the 45 years and above population, state governments will discharge the responsibility of the 18 to 44 age group on such commercial terms as they may negotiate.

“Prima facie, the rational method of proceeding in a manner consistent with the right to life (which includes the right to health) under Article 21 would be for the Central Government to procure all vaccines and to negotiate the price with vaccine manufacturers,” the court said.

The apex court said that once quantities are allocated by it to each state government, the latter would lift the allocated quantities and carry out the distribution.

“While we are not passing a conclusive determination on the constitutionality of the current policy, the manner in which the current policy has been framed would prima facie result in a detriment to the right to public health which is an integral element of Article 21 of the Constitution.

“Therefore, we believe that the Central Government should consider revisiting its current vaccine policy to ensure that it withstands the scrutiny of Articles 14 (equality before law) and Article 21 (Protection of life and personal liberty)of the Constitution,” it said.

At present, the two coronavirus vaccines — Covishield and Covaxin– are in use.

The directions were passed in a suo motu case for ensuring essential supplies and services during the COVID-19 pandemic.

The bench has taken up issues such as the projected demand for oxygen in the country at present and in the near future, how the government intends to allocate it to “critically affected” states and its monitoring mechanism to ensure supply.

The Supreme Court had earlier made clear that any attempt to clamp down on the free flow of information on social media, including a call for help from people, would be treated as contempt of the court.