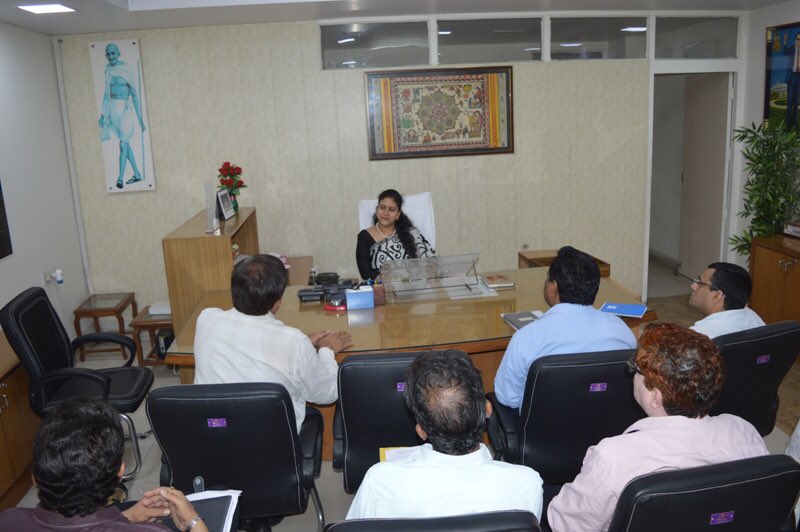 NEW DELHI: IAS officer Ritu Maheshwari has been appointed as the new Chief Executive Officer (CEO) of the Noida Authority, according to a government order which also effected several other transfers.

After very satisfying stint of 22 months ,promoted ;Shall be joining as CEO noida ; Thanks to Hon’ble CM @myogiadityanath for support throughout ; Thanks to all seniors ,public representatives, Citizens , RWAs and competent official team for support in transforming GHAZIABAD🙏

Maheshwari, who was serving as the Ghaziabad District Magistrate, replaces Alok Tandon, who has been relieved as the Noida Authority CEO but will continue as its chairman, said the Uttar Pradesh government order issued on Friday night.

Ajay Shankar Pandey has been transferred from Muzaffarnagar to Ghaziabad to replace Maheshwari, it said.

Alok Tandon, a 1986-batch IAS officer, will also continue to work as the Managing Director of the Noida Metro Rail Corporation and the Chairman of the Yamuna Expressway Industrial Development Authority (YEIDA), it added.

Noida Authority’s Additional CEO Indra Vikram Singh has been transferred to Shahjahanpur, where he will be posted as the DM, the order said.