Roadmap to promote aircraft manufacturing on the anvil: Suresh Prabhu 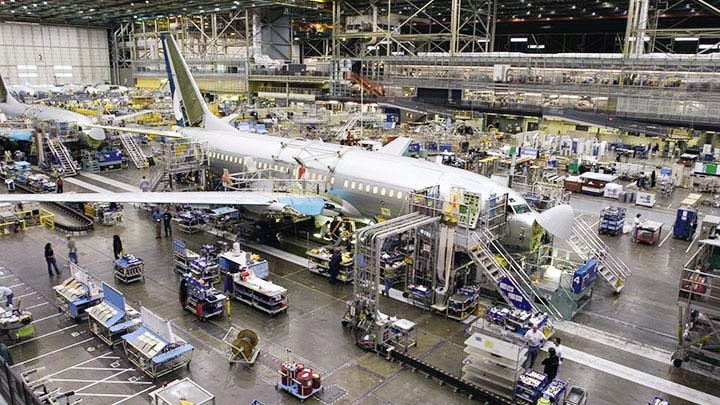 Roadmap to promote aircraft manufacturing on the anvil: Suresh Prabhu

NEW DELHI: The government of India is preparing a roadmap to promote manufacturing of aeroplanes in India to ensure growth of country’s aviation sector, union minister,Suresh Prabhu said at an ASSOCHAM event held in New Delhi.

“The growth in aviation would need at least 1,000 aeroplanes to be brought by India, but if we just continue to buy it, over a period of time we will result into becoming the largest importer of aeroplanes,” said Prabhu while addressing the 98th Annual Session of The Associated Chambers of Commerce and Industry of India (ASSOCHAM).

He added, “So we are preparing a plan for manufacturing of aircrafts in India and that will have a huge benefit.”

The minister further said that government’s twin plan of promoting indigenous manufacturing of aeroplanes and construction of 100 airports in 15 years at an estimated cost of $65 billion would drive aviation sector’s growth in India.

Urging the industry to embrace new ideas, he informed that the new industrial policy which is soon likely to be announced, is focussed on modernising the present industry and embracing the newer industry which is going to be the cause of future growth. “Industry should come out with concrete solutions to help government and work together.”

Stating that no country in the world can benefit if global trade declines, the union minister said that while a slowing world economy is a cause of concern for all countries, it is particularly so for a country like India which has got the potential to become $10 trillion economy before 2035.

“India is the worst sufferer if the world trade does not grow because we have a huge stake, our share in global trade is increasing and in fact we are at a stage where-in more global growth will come from more production within the country,” said Prabhu.

He informed, “I have set up some top thinkers to navigate India out of these new emerging trends and how do we become winners despite these challenges.”

Prabhu also informed that his ministry was working on improving business atmosphere in India through initiatives like promoting ease of doing business at district level.

Besides, he said, India’s integration with international trade is very critical to grow at a faster rate.

“We have to ensure that India will continue to be on forefront of growth, not only for helping our people but also contribute to global growth, so one country growing also helps other countries as a co-beneficiary,” he said.

In his address at the ASSOCHAM’s Annual Session, vice president of India, Mr M. Venkaiah Naidu highlighted the need to promote corporate ethics in following various reforms initiated by the union government.

“Ethical behaviour has to be promoted by individuals as well as organisations by adopting zero tolerance towards corruption, bribery and frauds,” he said.

Naidu also suggested that every organisation should create an environment for whistle-blowers to report wrongdoings without fear.

He added that industry must promote total tax compliance and take up various CSR activities by regularly organising seminars and workshops on these issues.

He also said that India must capture the demographic dividend by imparting appropriate education, skills and fostering entrepreneurship to its youth for them to become job creators rather than becoming mere job seekers.