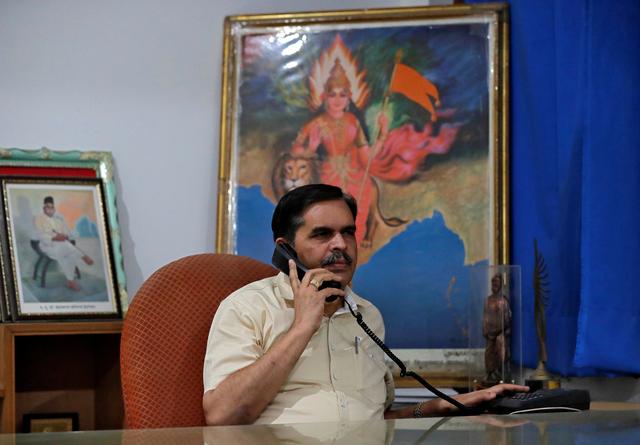 NEW DELHI: A week after the Reserve Bank of India (RBI) decided to palm off the 94-year-old Tamil Nadu-based Lakshmi Vilas Bank (LVB) free of cost, the issue has taken a political turn.

On November 17, the RBI had proposed a draft scheme of amalgamation of the beleaguered Lakshmi Vilas Bank with DBS Bank India Ltd, a wholly-owned subsidiary of DBS Bank Ltd, Singapore.

First it was the Communist Party of India (CPI) which questioned the ‘hurry’, now an influential RSS body has raised strong questions over the merger. Shooting off a scathing letter to RBI Governor Shaktikanta Das, the Swadeshi Jagran Manch (SJM), an RSS offshoot which forced the Narendra Modi-led government to backtrack on RCEP, has demanded ‘transparency’.

In a string of allegations, the body alleged that the move not only gives an impression of favouring a foreign player and allowing its entry through the backdoor, it goes against the ‘Aatmanirbhar Bharat’ call of Prime Minister Narendra Modi.

The SJM said the proposal is not only ‘not transparent’ but also “circumventing RBI’s own practices till now, casting a shadow on the fair name of the Reserve Bank of India”. The RSS body termed the proposed move as compromising national interests.

Calling it a backdoor entry of a foreign bank, SJM Co-convenor Ashwani Mahajan wrote, “The proposal is for an outright merger of LVB with DBS India. Under this, LVB will cease to exist. DBS India acquires LVB for ‘zero payment’. In return, DBS takes over LVB ‘as-is-where-is’, including the losses caused by the troubled loans. DBS, a foreign entity, gets the 563-branch network, 1,000 ATMs, and access to 2 million customers of LVB for free.”

The RSS body termed the RBI choosing to announce the handover to a foreign entity for ‘free’ as ‘surprising’. “Has the RBI done any evaluation of the value of this network, and if so can this be made public, since the interests of so many lakhs of stakeholders are involved,” the SJM asked.

The letter said that the Rs 2,500 crore which DBS Bank will be injecting will be coming into DBS India, and not into the troubled LVB. DBS is not paying any price for the acquisition, the SJM noted, while adding that for this “piffling amount” being brought into its own subsidiary, DBS is gaining access to the LVB deposits reported to be in excess of Rs 20,000 crores of Indian money.

Mentioning the NPAs of the troubled Indian bank, the SJM said that the RBI’s assessment of it is not transparent. In a strong charge, it added that the impression that is being created is that of DBS, a foreign entity, being unduly favoured.

It further went on to up the ante against the Reserve Bank by saying, “The RBI-appointed administrator of LVB is on record that the deposits are safe, with the bank having adequate liquidity. The ideal resolution for any distressed commercial entity should entail a comprehensive valuation exercise, transparent invitation of bids from interested parties and final decision involving key stakeholders that maximises the value. The RBI has not followed the due process in this case. Why?”

Since 1961, there have been 81 bank mergers in India. After nationalisation, 34 private sector banks have been merged – 26 of these with PSBs and eight with other private banks. The SJM argued that there is not a single case in 60 years of merging an Indian bank with a foreign entity. Making a political charge, the influential RSS offshoot alleged that what has been proposed is contrary to the Aatmanirbhar Bharat mission, a call given by Prime Minister Modi.

The SJM also cited the examples of YES Bank, where the RBI resolved the matter of recapitalisation with contributions from the SBI, LIC, HDFC, ICICI, Kotak and others to the tune of Rs 12,000 crore.

“The value of this investment has already gone up. Likewise, the RBI can surely raise the few thousand crores (if at all that much) from Indian sources and recapitalise LVB and bring it back to healthy functioning. The Indian capital that is brought in will surely increase in value in a short time. Why this is not being done and foreign capital is favoured,” the SJM said.

Asking the RBI why it did not explore options of a merger with an Indian bank, Mahajan questioned “this haste to subvert long-established RBI practices in favour of an overseas entity”.

He demanded that the RBI be transparent in this matter and ‘re-examine’ the proposed LVB merger with DBS.