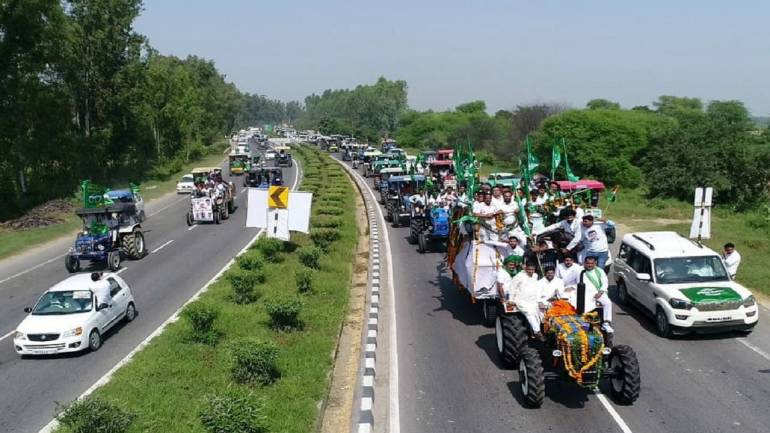 NEW DELHI: Days after severing ties with the BJP in Haryana, the Shiromani Akali Dal (SAD) on Wednesday announced to contest the state assembly polls in alliance with the Indian National Lok Dal (INLD).

The SAD, which is the part of the ruling NDA at the Centre, had snapped ties with the BJP in the state after its lone MLA from Kalanwali Balkaur Singh switched to the saffron party.

The SAD had contested the 2014 assembly elections in the state in alliance with the INLD. Their alliance had come to an end in 2017 over the issue of the Sutlej-Yamuna link canal.

On Thursday, Akali candidates will file their nomination papers from Kalanwali, Ratia and Guhla Cheeka.

The remaining seats, which would be contested jointly with the INLD, would be declared on October 3, said SAD vice-president Daljit Singh Cheema here on Wednesday evening.

He, however, refused to tell on how many seats the SAD will be fielding its candidates.

The SAD was initially looking to forge an alliance with the BJP for the Haryana assembly elections.

However, it could not materialise.

The SAD had taken a strong exception to the induction of Akali MLA Balkaur Singh into BJP fold, terming it “unethical”.

The SAD had also accused the BJP of backtracking from its commitment of contesting the Haryana assembly polls jointly after “soliciting” its support for the Lok Sabha elections.