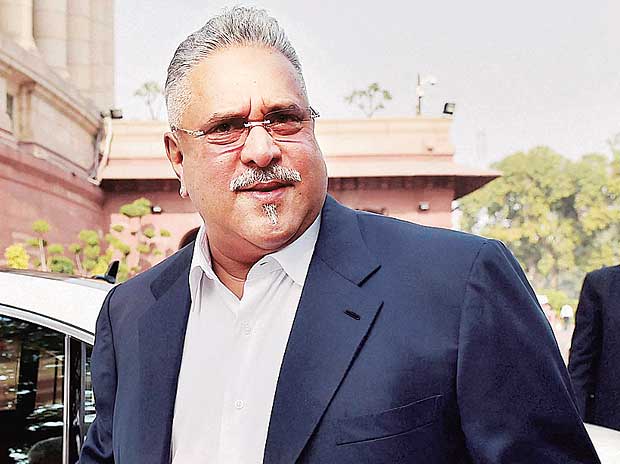 NEW DELHI: A consortium of Indian banks led by the State Bank of India (SBI) returned to the High Court in London for a bankruptcy application hearing against liquor tycoon Vijay Mallya, as they pursue the recovery of debt from loans paid out to his now-defunct Kingfisher Airlines.

At a virtual hearing before Chief Insolvencies and Companies Court (ICC) Judge Michael Briggs on Friday, both sides deposed retired Indian Supreme Court justices as expert witnesses on Indian law in support of their arguments for and against a bankruptcy order against Mallya in the UK.

While the banks argued a right to waive their security over the Indian assets involved in the case in order to recover their debt in the UK, lawyers for the 65-year-old businessman argued that the funds in question involved public money held by state-owned banks in India which precluded them from such a security waiver.

“As a commercial entity, a bank has a right to exercise its commercial wisdom to decide what it wants to do with its security, noted barrister Marcia Shekerdemian, arguing on behalf of SBI and others.

She cross-examined Retd Justice Deepak Verma, who deposed via video link from India on behalf of Mallya to establish that the banks cannot give up their security on the Indian assets and then pursue a bankruptcy order under English law because public money and public interest is involved in the case in India.

Retd Justice Gopala Gowda argued the reverse in his cross-examination by Mallya’s barrister Philip Marshall, saying the banks had a right to relinquish their security in pursuit of unpaid dues.

The exchange between the lawyers got heated at several points during the course of the virtual hearing, also being followed by Mallya, with Judge Briggs stepping in to urge a focussed question and answer approach to expedite the proceedings.

However, the depositions left no time for closing submissions in the case, which hAas now been adjourned to a yet-to-be-agreed date in the New Year.

Meanwhile, Marshall once again raised the issue of access to court-held funds from the sale of a French property for Mallya to be able to cover the legal fees of the next hearing as he no longer has a source of income from his consultancy work.

There have been a series of hearings in the case since then as part of their efforts to recoup around1.145 billion pounds in unpaid loans.

Mallya, meanwhile, remains on bail as the UK Home Office deals with a confidential legal issue before UK Home Secretary Priti Patel can sign off on his extradition sought by the Indian government, on charges of fraud and money laundering related to loans acquired for Kingfisher Airlines.