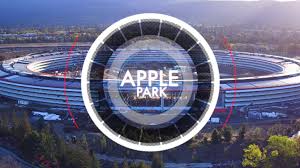 Overall, Mac revenue was up 28 per cent (year-over-year) and iPad revenue rose 46 per cent from the same quarter last year but iPhone sales were down more than 20 per cent year-over-year.

International sales accounted for 59 per cent of the quarter’s revenue.

“Despite the ongoing impacts of Covid-19, Apple is in the midst of our most prolific product introduction period ever, and the early response to all our new products, led by our first 5G-enabled iPhone lineup, has been tremendously positive,” said Apple CEO Tim Cook.

“From remote learning to the home office, Apple products have been a window to the world for users as the pandemic continues, and our teams have met the needs of this moment with creativity, passion, and the kinds of big ideas that only Apple can deliver,” he said in a statement.

“We also returned nearly $22 billion to shareholders during the quarter, as we maintain our target of reaching a net cash neutral position over time.”

Apple, however, did not offer any guidance for the quarter ending in December.

The company hasn’t offered guidance for the past two quarters because of uncertainty related to the Covid-19 pandemic.

“If you look at the case count, the case counts are climbing in Western Europe. They’re climbing in the United States. And so there’s still a sufficient level of uncertainty out there… we don’t believe that’s an environment to guide into,” Cook told CNBC.