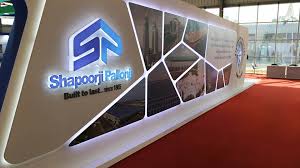 NEW DELHI: The Shapoorji Pallonji Group, which has decided to exit the Tata group, will restructure Rs 10,900 crore of its debt under the resolution framework for pandemic-related stress, a group official said.

The relief is being sought under the one-time loan restructuring plan approved by the Reserve Bank after it accepted the KV Kamath panel report, which allows financially stressed companies to recast their debt for two years, the official said.

“Shapoorji Pallonji Construction (SPCPL), the holding company of the 150-year-old Shapoorji Pallonji Group, wants to restructure Rs 10,900 crore of their debt through the one-time loan restructuring under the COVID-19 resolution framework approved by the RBI,” the official told PTI on Friday.

The development comes after the Tatas had on September 5 moved the Supreme Court to block the SP Group’s plans to pledge a portion of its 18.37 per cent stake in Tata Sons — which it has been holding for the past seven decades and has valued at over Rs 1.78 lakh crore — to raise Rs 11,000 crore.

The proposed debt was to fund the group’s core construction business which has been facing liquidity issues following the lockdowns to help contain the coronavirus pandemic.

The Tatas moved court a day after the SP Group inked a fund raising deal with the Canadian fund Brookfield for Rs 3,750 crore.

Accepting the Tatas’ petition, the Supreme Court had on September 22 asked both the parties to maintain status quo on shares till October 28 when it will pronounce the verdict on the Tatas’ petition challenging the NCLAT reinstating Cyrus Mistry as the Tata group chairman and Mistry’s petitions seeking to protect the rights of minority shareholders.

Following this, the SP Group informed the apex court that it would want to end the 70-year-old association with the Tatas as the mutual trust between them has been broken beyond repair.

The Mistry family owns 18.37 per cent shares (both listed and unlisted) in Tata Sons, the holding company of the Tata group.

The construction and real estate sectors, the mainstay of the SP Group, have been badly hit by the pandemic.

Over the past two years, the promoters had infused over Rs 3,000 crore into the group to strengthen its balance sheet, the official said.

The Mistry family was in the process of raising Rs 11,000 crore from global investors by pledging their shareholding in Tata Sons.

“The fund was expected to mitigate the severe stress arising from the pandemic, deleverage the balance sheet and protect the livelihood of its 1.6 lakh workforce'” the official added.

But Tata Sons moved the Supreme Court to stay the fund raising plan, which the group has decried as “a vindictive move aimed at creating irreparable harm on the group in the midst of the pandemic,” the official said.

The Reserve Bank had on September 7 adopted the recommendations of the KV Kamath committee that was set up to draft a framework to provide relief to companies financially impacted by the pandemic.

The framework provides for a two-year extension of repayment obligations subject to meeting certain conditions.

The group official further said SPCPL’s move to go for one-time loan restructuring is meant “to safeguard the financial interest of all stakeholders and protect the livelihoods of its employees and contractors in these challenging times.”

SPCPL’s flagship operating firm is Afcons — the second largest engineering, procurement and construction (EPC) company in the country after L&T.

SPCPL has over 60,000 people on its rolls and over 1 lakh migrant labourers employed at its sites across the globe.