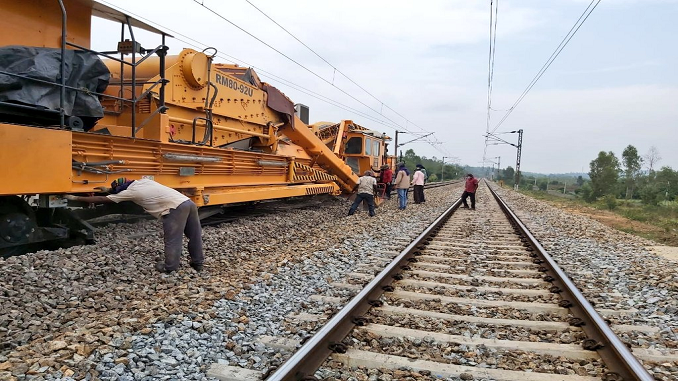 NEW DELHI: The Supreme Court-appointed Central Empowered Committee has said it does not find any justification for undertaking the rail double-tracking project in Goa, which is being opposed by environmental experts.

The panel, in its report on April 23, said a project of this nature will destroythe fragile eco-system of the Western Ghats, which is an internationally recognised biodiversity hotspot and also one of the most important wildlife corridors of the country.

“Moreover, this doubling project will only be marginally enhancing the capacity of the most inefficient section of the railway network passing through the ecologically sensitive and bio-diversity rich tiger reserve, two wildlife sanctuaries and a national park,” the committee said in its 110page report.

“In these circumstances it is recommended for the consideration of this Honble Court to revoke the permission granted by the standing committee of the National Board for Wildlife (NBWL) for doubling of the railway track passing through the ecologically sensitive Western Ghats…,” it said.

Several locals groups had raised objections over three linear projects, including double-tracking of the South Western Railway line, four-laning of a national highway and a laying of a power transmission line by the Goa Tamnar Transmission Project Limited (GTTPL).

The projects were cleared by the NBWL’s standing committee despite apprehensions that they would severely affect the bio-diversity of the Bhagwan Mahaveer Wildlife Sanctuary and the National Park at Mollem, both located on the Goa-Karnataka border.

The committee was formed following an application filed before the Supreme Court by the Goa Foundation NGO.