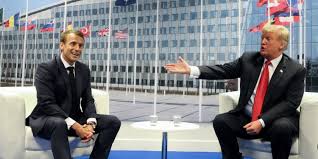 NEW DELHI: United States of America (USA) President Donald Trump on Tuesday launched another attack against Emmanuel Macron over the French president’s call for a European army, a proposal the US leader earlier had dubbed “insulting.” “Emmanuel Macron suggests building its own army to protect Europe against the US, China and Russia. But it was […]