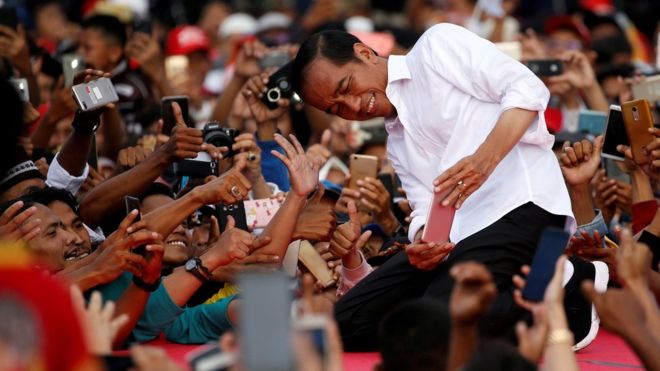 JAKARTA: Indonesia’s Joko Widodo has been re-elected as president of the world’s third-biggest democracy, the elections commission said early Tuesday, beating rival Prabowo Subianto, a retired general who has vowed to challenge any victory for the incumbent leader. The commission was expected to announce the official results of the April 17 poll on Wednesday in […]