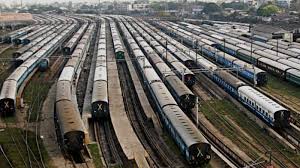 NEW DELHI: Indian Railways has proposed that its strategically significant Bilaspur-Manali-Leh line along the Indo-China border, which will be the world’s highest railway track, be declared a national project, officials said on Wednesday. It has also suggested that the construction on a 51 kilometre stretch between Upshi in Himachal Pradesh and Phe in Leh begin […]