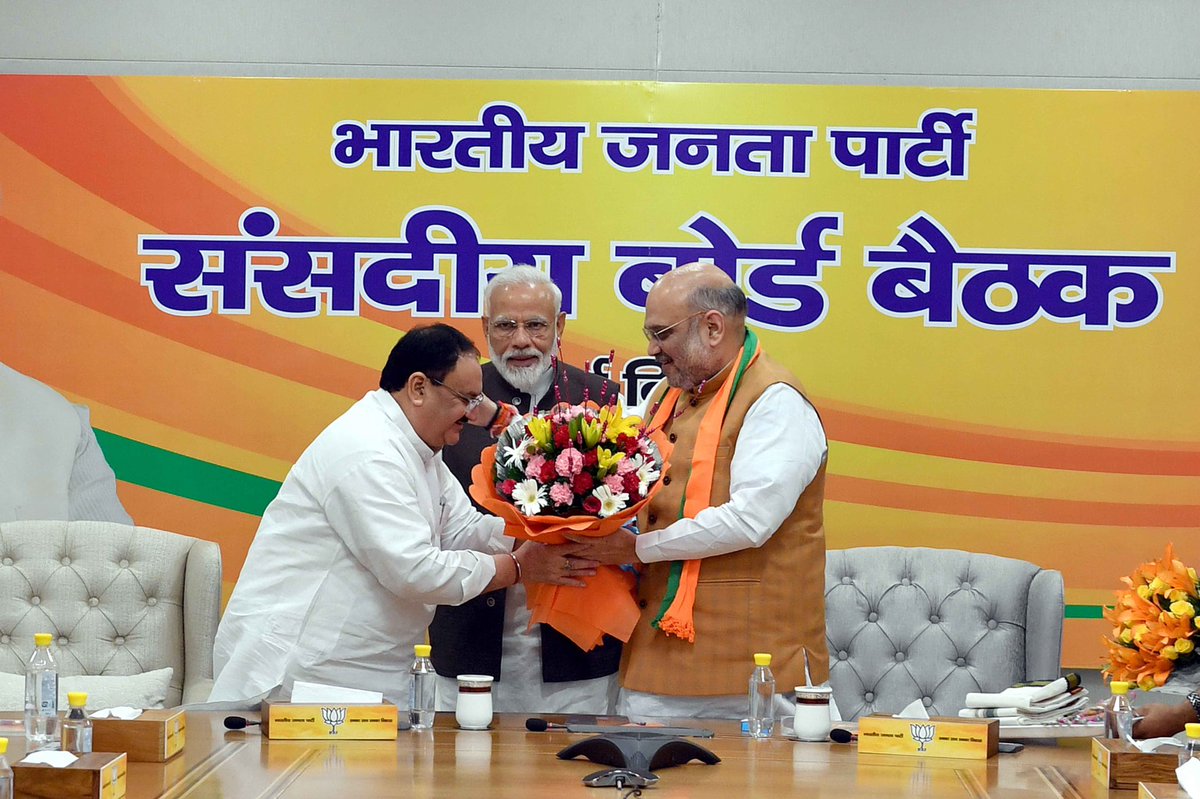 NEW DELHI: While BJP’s Team Nadda has given additional thrust to its Gen-Next, it has also meant making space for them by removing some veterans like Ram Madhav and Muralidhar Rao, provoking speculation whether some of them may find a space in the Cabinet in the much-speculated Cabinet reshuffle while entering through the Rajya Sabha.

At least 4 big names were dropped as BJP national general secretaries in Team Nadda – Ram Madhav who has been taking care of the party’s affairs in J&K, Ladakh and the northeast, Muralidhar Rao, who has been spearheading its south India affairs under the aegis of B.L. Santosh, and Rajya Sabha members Anil Jain and Saroj Pandey.

Shivraj Singh Chauhan who is now the Chief Minister of Madhya Pradesh is no longer BJP Vice President in the new team. Uma Bharti, Prabhat Jha, Vinay Sahasrabuddhe are also dropped as vice presidents in Team Nadda while Om Mathur, Shyam Jaju, Avinash Rai Khanna and Dushyant Gautam are also out in the new scheme of things as far as BJP’s National Vice Presidents are concerned.

Significantly, Uma Bharti recently defended Sharad Pawar when she said that his statement was against Lord Ram and not against Prime Minister Narendra Modi, after the NCP supremo had said that some people think coronavirus can be eradicated by building a temple.

The BJP national secretaries list too saw a complete overhaul with leaders like H. Raja, R.P. Singh, Maheish Girri, Rahul Sinha among others being shown the door. Most of these exits are believed to be on account of their performance.

Almost all the Morcha heads – be it Poonam Mahajan of Yuva Morcha, Vinod Sonkar of SC Morcha, Ramvichar Netam of ST Morcha, and Abdul Rasheed Ansari of Minority Morcha – have been replaced.

It’s a brand new team which is completely different from Team Amit Shah. While most eliminations are clearly due to non-performance and some allegedly due to aiding the culture of camps in state organisations, a few performers like Ram Madhav and Muralidhar Rao too are out. This has prompted speculation about a possible Cabinet reshuffle and their entry into it.