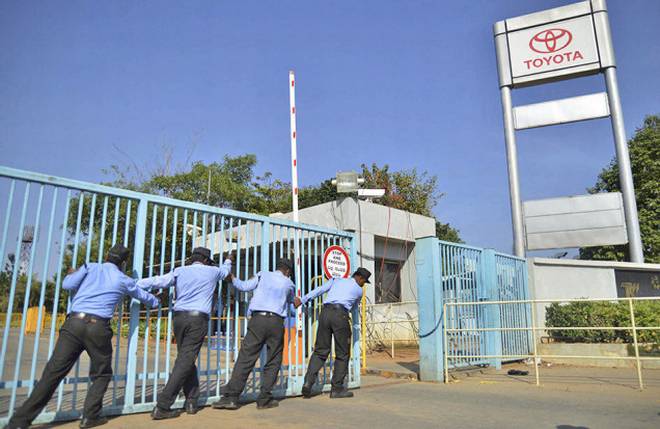 The company had sold 14,581 units in the same month last year, Toyota Kirloskar Motor (TKM) said in a statement.

However, exports during the month increased nearly two-fold to 843 units as against 481 in the year-ago month, TKM said.

Commenting on the sales performance, TKM Deputy Managing Director N Raja said, “The consumer sentiment continues to be muted in the month of August, with customers deferring their purchase of vehicles. Severe floods across states has also hurt the demand in the industry. Unfavorable exchange rate is not helping our cost.”

He, however, said the recent measures announced by Finance Minister Nirmala Sitharaman to boost the auto sector with cheaper car loans, improving liquidity through credit expansion to public sector banks, deferring of one-time registration fees, higher depreciation for all vehicles and lifting ban on purchase of new vehicles in government departments are likely to spur some demand which is a much needed relief.

“The latest FDI reforms which will boost local manufacturing, also comes as a positive move to propel growth in the industry in the long run. We hope that the festive cheer ushers in positive sentiments with better retail sales in the upcoming months,” Raja added.