TRS to form government in Telangana with huge majority 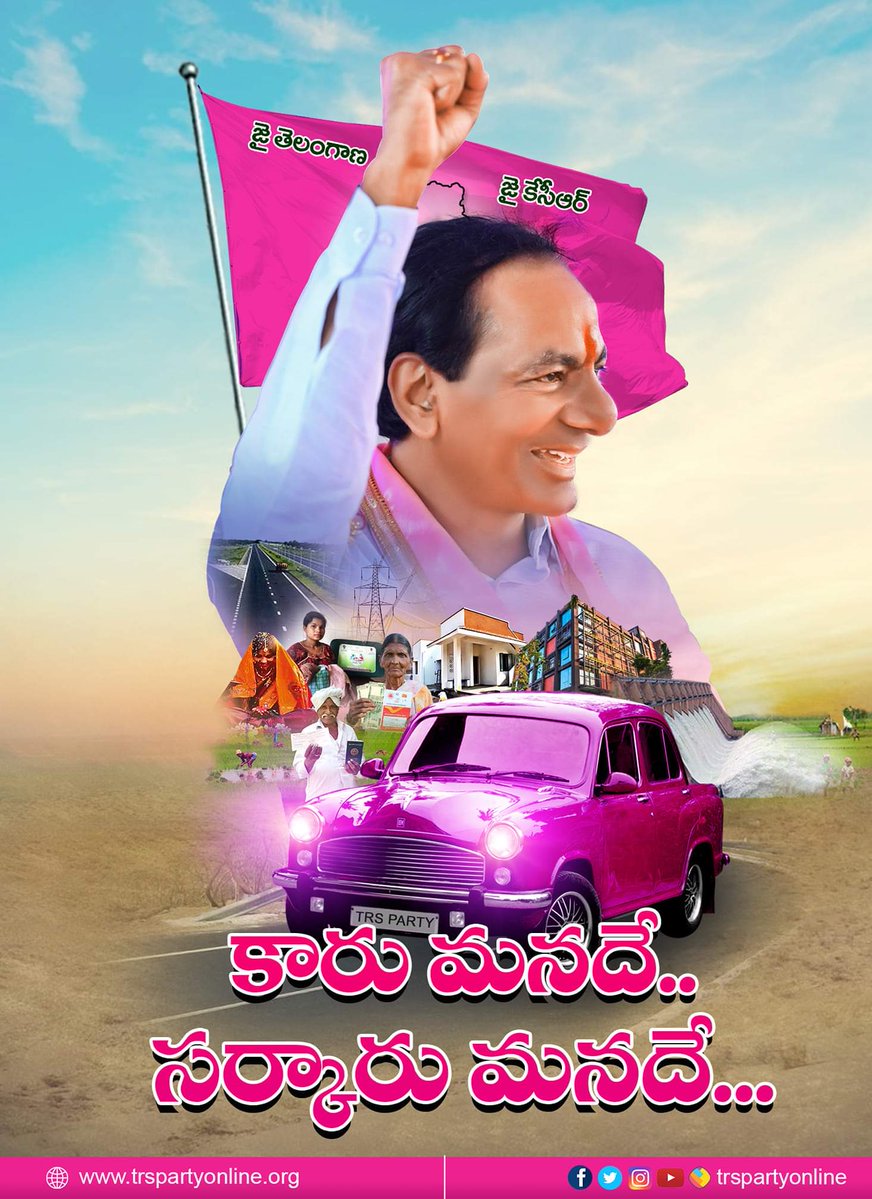 TRS to form government in Telangana with huge majority

HYDERABAD: The TRS looked set to form its second successive government in Telangana with a thumping majority after taking an unassailable lead in 86 seats, according to the latest vote count Tuesday, a ringing endorsement of party chief K Chandrasekhar Rao’s populist policies.

Soon after the vote count began at 8 a.m., it became clear that Rao’s Telangana Rashtra Samithi party will sweep back to power with almost three-fourths majority.

Rao had dissolved the Assembly in September, eight months ahead of schedule, in a political gamble that paid off handsomely, as the party is expected to improve on its previous strength of 63 in the 119-seat Assembly. However, TRS strength had risen to 82 after defections from TDP and Congress before the elections.

“The people reposed faith in the leadership of our chief minister and they did not believe in the disinformation campaign of the opposition,” said T Harish Rao, a minister in the outgoing government and a nephew of Rao.

The first two confirmed results have gone in favour of the TRS with its candidates M Sanjay Kumar and Sunke Ravishankar winning the Jagtial and Choppadandi seats.

Despite allegations of perpetuating “family rule”, KCR, as the caretaker chief minister is popularly known, his son K T Rama Rao and nephew T Harish Rao have established comfortable leads over their rivals in Gajwel, Sircilla and Siddipet constituencies respectively.

Celebrations erupted in TRS offices throughout the state as well as in the Telangana Bhavan, the party headquarters in Hyderabad. TRS activists dancing to drum-beats, burst firecrackers and distributed sweets.

Congress candidates were leading in 22 seats and its ally TDP in two, confirming that their alliance was facing an expected rout in the face of the TRS juggernaut, which also trampled BJP, which was ahead in three seats. The party had five members in the dissolved assembly. Congress and TDP had 18 and three seats in the outgoing house.

“We were expecting to get more seats. The results are not to our expectations. we have to analyse and introspect where it went wrong, and we have to work together,” Reddy told PTI, adding peoples verdict needed to be respected.

Hyderabad MP Asaduddin Owaisis AIMIM, which K Chandrasekhar Rao calls a “friendly party”, is leading in five places and others in two.

The Congress said it suspected “manipulation” of the Electronic Voting Machines, and demanded that all votes be counted using the VVPAT (Voter Verified Paper Audit Trail) to ascertain the exact number of votes polled by each candidate.

“Going by the distorted trends, there is a strong suspicion that EVM machines have been manipulated. We demand that 100 percent counting of VVPAT (Voter Verified Paper Audit Trail) must be taken up in all constituencies.

With defeat staring the opposition alliance in the face, CPI general secretary Suravaram Sudhakar Reddy alleged: “Huge distribution of money, particulary on the last day (before the election)…purchasing the votes..this must have resulted in this victory for TRS.”

Claiming that the elections were not free and fair, Reddy said it was not a moral but only “technical” victory for the TRS.

The Congress had forged an pre-poll opposition alliance with the TDP, Telangana Jana Samiti and the CPI.