Two new IPL teams to be auctioned in May 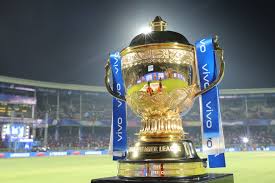 Two new IPL teams to be auctioned in May

NEW DELHI: The Indian Premier League (IPL) will be a 10-team affair from 2022 as the BCCI has decided to auction two new teams in the month of May during the final phase of upcoming edition.

The BCCI top brass including president Sourav Ganguly, secretary Jay Shah on Saturday had a meeting on execution of various policy decisions approved by the IPL Governing Council at the start of the year.

“The 10 team IPL will roll on from next year and the bidding process and finalisation of the new franchises will be completed by the month of May this year,” a senior BCCI source privy to the developments told PTI on conditions of anonymity.

“Once the teams are finalised, they can start their operational work which takes considerable time,” the source added.

No Prithvi or Padikkal for ODIs

The Indian ODI team will be announced on Sunday but none of the senior players have opted for any rest for the timebeing.

“The team is expected to be announced tomorrow. Neither skipper Virat Kohli nor his deputy Rohit Sharma has opted for rest. There aren’t many surprises as we prepare for World T20,” the influential official informed.

He said that both Prithvi Shaw and Devdutt Padikkal will have to wait for their chance.

“They have done exceedingly well but will have to wait for their turn,” he said.

After a disappointing 2020 when they didn’t have a single international tour, the Indian women’s team ahead of the 50-over World Cup will be touring Australia at the end of the year followed by a short preparatory series in New Zealand before the World Cup.

“Our women’s cricket is as much important as our men’s game. We are playing a Test match in England, our first in 6 years and then we have twin tours followed by World Cup. Our girls have a packed schedule,” the source added.

Vinoo Mankad U19 starts after board exams

The Vinoo Mankad U-19 trophy, the 50-over tournament which will act as trial tournament for next year’s U19 World Cup will be held in May-June after the class 12 CBSE and state Board exams are completed.

“There many boys who are in their Board year and we don’t want them to miss out on their exams. The tournament starts in May-June,” the official added.