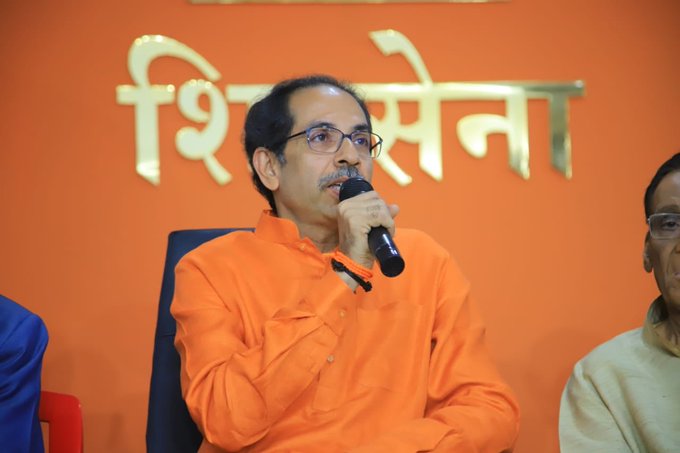 MUMBAI: Hours after Maharashtra Chief Minister Devendra Fadnavis denied the Shiv Sena was assured post of the CM for 2.5 years as part of a power sharing “formula”, Uddhav Thackeray on Tuesday cancelled his party’s meeting with the BJP on formation of the next government.

The development might potentially worsen the already strained relationship between the two parties.

A senior Sena leader told PTI the meet, scheduled to be held here at 4 pm, was cancelled by Thackeray after the CM’s statement on sharing of power.

The meeting was to be attended by Union minister Prakash Javadekar and senior Sena leaders.

“Union minister Prakash Javdekar and party leader Bhupendra Yadav were supposed to attend the meeting to start discussions on formation of the next government from the BJP side, while the Sena would have been represented by Subhash Desai and Sanjay Raut,” the Sena leader said.

The development came within hours of Fadnavis’ presser in which he denied that the Sena was ever promised the CM’s post for two-and-a-half years when the alliance was formalised before the 2019 Lok Sabha polls.

Thackeray has been insisting that the 50:50 formula on sharing of power was “agreed upon” between himself, BJP chief Amit Shah and Fadnavis ahead of the Lok Sabha polls this year.

The Sena had demanded a written assurance from the BJP for implementing “equal formula for sharing of power” before holding talks on staking the claim to form the next alliance government in the state.

On Tuesday, the Sena also released an old video clip to “rebut” the CM’s claims on sharing of power in which the latter purportedly talked about equal sharing of posts and responsibilities in the BJP-led state government.

“Uddhavji has cancelled the meeting scheduled at 4 pm on Tuesday. We have sent out the clip of the CM speaking about sharing posts and responsibilities equally. Fadnavis should mind his words while making such statements,” the senior leader added.

In a related development earlier in the day, Fadnavis announced that Shah will not be attending the BJP legislature party meeting on Wednesday.

A BJP leader had last week said that Shah might visit Thackeray.

Ever since the BJP’s tally fell in the recently-held assembly polls, results for which were announced on October 24, the Sena raised its pitch for a rotational chief ministership between the two parties for a period of 2.5 years.