Upcoming G20 summit to be a milestone, will address Covid-19 impact: Saudi Arabia 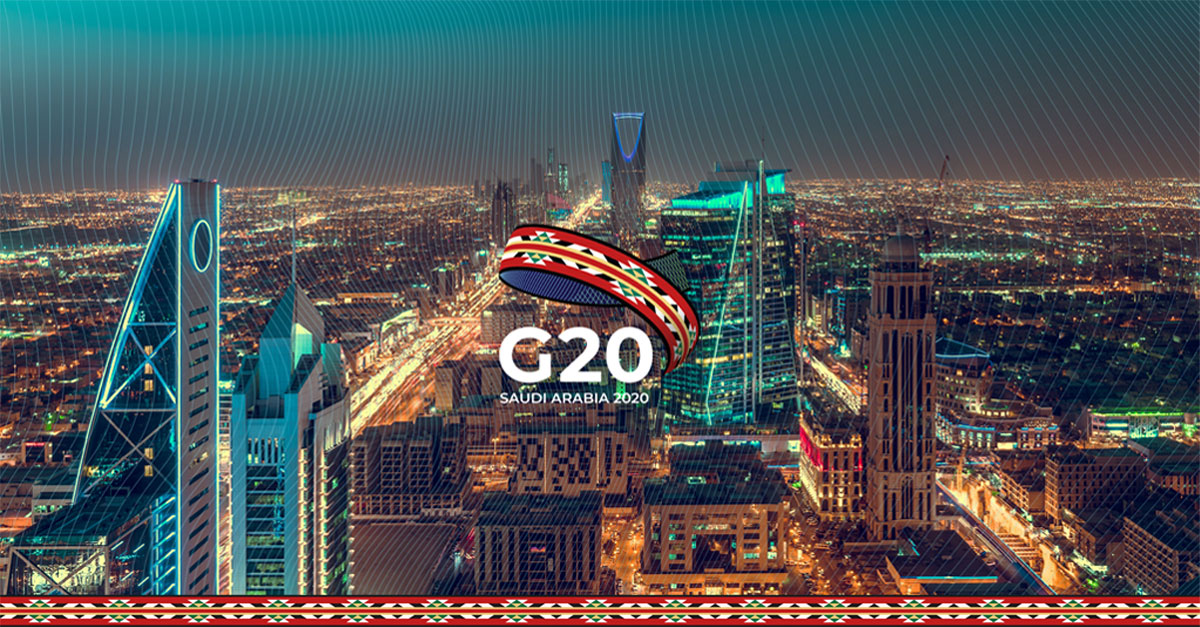 Upcoming G20 summit to be a milestone, will address Covid-19 impact: Saudi Arabia

NEW DELHI: The upcoming summit of the G20 will be a “milestone”, Saudi Arabia, the chair of the powerful economic bloc, said on Sunday amid mounting expectations of fiscal support, debt reductions and several other monetary measures by the grouping to help the global economy recover from the coronavirus-driven collapse.

Al Sati said Saudi Arabia values the knowledge and experience that India has brought to the G20 as well as its remarkable efforts in extending medical supplies to several countries across the globe to deal with the pandemic.

The envoy said Saudi Arabia has already engaged with a host of stakeholders including businesses and think tanks across the globe to come up with strong policy solutions for the G20 member nations and beyond to deal with the massive socio-economic disruptions caused by the pandemic.

The G20 comprises the world’s largest and fastest-growing economies and accounts for 85 percent of the global GDP and two-thirds of its population.

The summit of the powerful grouping is taking place in the midst of the worst global downturn since the Great Depression of the 1930s. Following a virtual summit in March, the G20 had announced to inject over USD 5 trillion into the global economy to offset the impact of the pandemic.

“The upcoming meeting on November 21-22 is going to be a milestone. Members of the G20 are going to be meeting virtually for the second time, during this year.

“Coupled with key ministerial meetings and leaders’ summits, G20 has attached great attention to the work of the eight engagement groups, as they constituted the core of the efforts of the G20 for this year, with the aim of building a more resilient and better world for all,” Al Sati said.

“Among other major agenda points, the summit will work towards addressing the implications of the pandemic, future health care plans and steps to be taken to revive the global economy,” he said.

There have been expectations of major announcements as well as an unveiling of a framework for debt reductions for the poor countries by the G20 summit which will be participated by US President Donald Trump, British Prime Minister Boris Johnson, Indian Prime Minister Narendra Modi, Japanese PM Yoshihide Suga, Rusian President Vladimir Putin, Chinese President Xi Jinping and German Chancellor Angela Merkel among others.

The envoy said the Saudi presidency will build on the success of the G20 leaders’ summit in March and on the outcomes of over 100 virtual working groups and ministerial meetings.

“The focus remains on protecting lives and restoring growth, by addressing vulnerabilities brought to light during the pandemic and by laying down stronger foundations for a better future,” he said.

Saudi Arabia assumed the G20 Presidency on December 1, 2019 with an ambitious theme, namely realising opportunities of the 21st century for all’.

The three pillars of the theme include: empowering people, safeguarding the planet and shaping new frontiers.

Al Sati said consensus building and effective and harmonised responses are going to be at the heart of all “landmark outcomes” of the G20 this year.

“It is with these priorities that we are drawing a roadmap of resilience and inclusive progress, knowledge sharing and consensus building, economic resurgence and preparedness,” he said.

Al Sati also quoted Saudi Arabia’s Investment Minister Khalid Al-Falih to say that the country’s presidency has contributed about USD 11 trillion to protect the global economy with a clear commitment and determination to do whatever is necessary to overcome the coronavirus pandemic.

“The decisions like suspending debt service payments for the world’s poorest countries that would allow beneficiary countries to defer USD 14 billion in debt payments due and use these amounts instead for financing their health systems and social programmes are very crucial. This has benefitted around 43 countries till date,” the envoy said.

He also mentioned G20 allocating USD 21 billion toward diagnostic and treatment tools, medicines and vaccines to combat the coronavirus.

“The G20 has stressed that equitable and affordable access to vaccines for all is the key to overcoming the novel coronavirus pandemic and supporting global economic recovery.

“We acknowledge India’s role as a major producer of vaccines and we appreciate the crucial role it plays in the efforts to make vaccines available and accessible,” Al Sati said.

“We acknowledge India’s remarkable efforts during the coronavirus pandemic to help several countries across the globe battle with the pandemic,” he said.