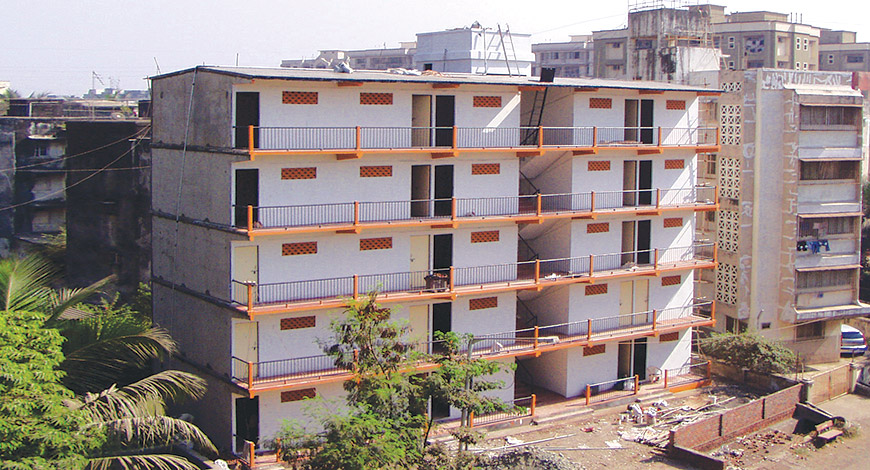 LUCKNOW: The Uttar Pradesh government will start a scheme offering affordable rental housing for poor people living in cities and a proposal to this effect was approved by the state cabinet presided over by Chief Minister Yogi Adityanath, an official release issued here on Friday said.

Under the Affordable Rental Housing and Complexes (ARHC) scheme, urban migrants/poor labourers, those belonging to economically weaker sections, low income groups including factory workers, educational institutions, people associated with hospitality and students will be the beneficiaries.

Preference will be given to people belonging to Scheduled Castes, Scheduled Tribes, Other Backward Classes, widows, working women, divyang and minorities, which will be subject to the provisions made by the state government, the release said.

The ARHC scheme has been launched by the government of India through the Ministry of Housing and Urban Affairs under ‘self-reliant India’ campaign, the statement said.

It will be implemented under the Pradhan Mantri Awas Yojana (Urban) to promote participation of private/public institutions for construction, operation and maintenance of rental housing complexes for urban migrants/poor, it said.

The scheme will be implemented under two models in the state.

Model one involves converting vacant houses funded by the central or state government into an ARHC through an agreement.

Under the second model, ARHC will be built, operated and maintained by public/private entities on their available vacant land, it said.

No proposal will be accepted without technical examination of the ‘Avas Bandhu’ under the scheme, it said.

According to the statement, all projects under the scheme will be used for rental accommodation only for EWS/LIG category, urban migrants/poor for minimum 25 years.

If ARHC is used for any purpose other than rent, action will be taken against the agency concerned by the competent authority according to rules, the release said.