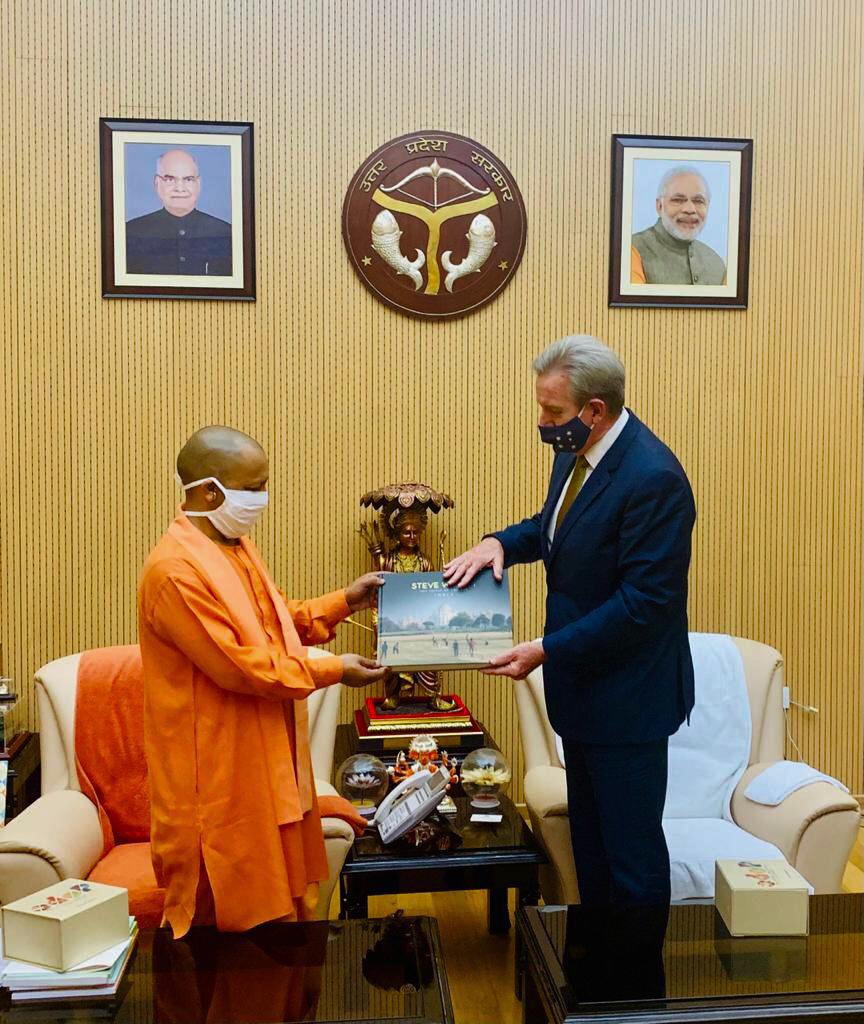 LUCKNOW: Uttar Pradesh Chief Minister Yogi Adityanath met Australia’s High Commissioner to India Barry O’Farrell AO on Thursday and apprised him about the significant work being done in the state.

Adityanath told the high commissioner that in the UP Investors Summit organised in 2018, investment proposals worth Rs 4.68 lakh crore were received.

“There is a good relationship between Australia and India, and both the countries are willing to forge economic ties. UP and Australia can take the partnership in the area of education forward,” the chief minister said in a statement.

Welcome meeting with #UttarPradesh Chief Minister @myogiadityanath and discussion on how we can deepen our economic engagement, particularly on roads & #infrastructure, #water and skills development. #dosti #diaspora @UPGovt pic.twitter.com/u20V1pslkF

He said the UP government has decided to establish a university in every division of the state and a medical college in every district.

The Australian high commissioner told the chief minister about the robust relationship between India and Australia.

At present, both the countries are working together in Varanasi for development on the banks of river Ganga, the statement said.

Barry O’Farrell AO said the investors from Australia are willing to invest in water resources and skill development sector.