Uttar Pradesh will be next economic, business hotspot of country: Siddharth Nath Singh 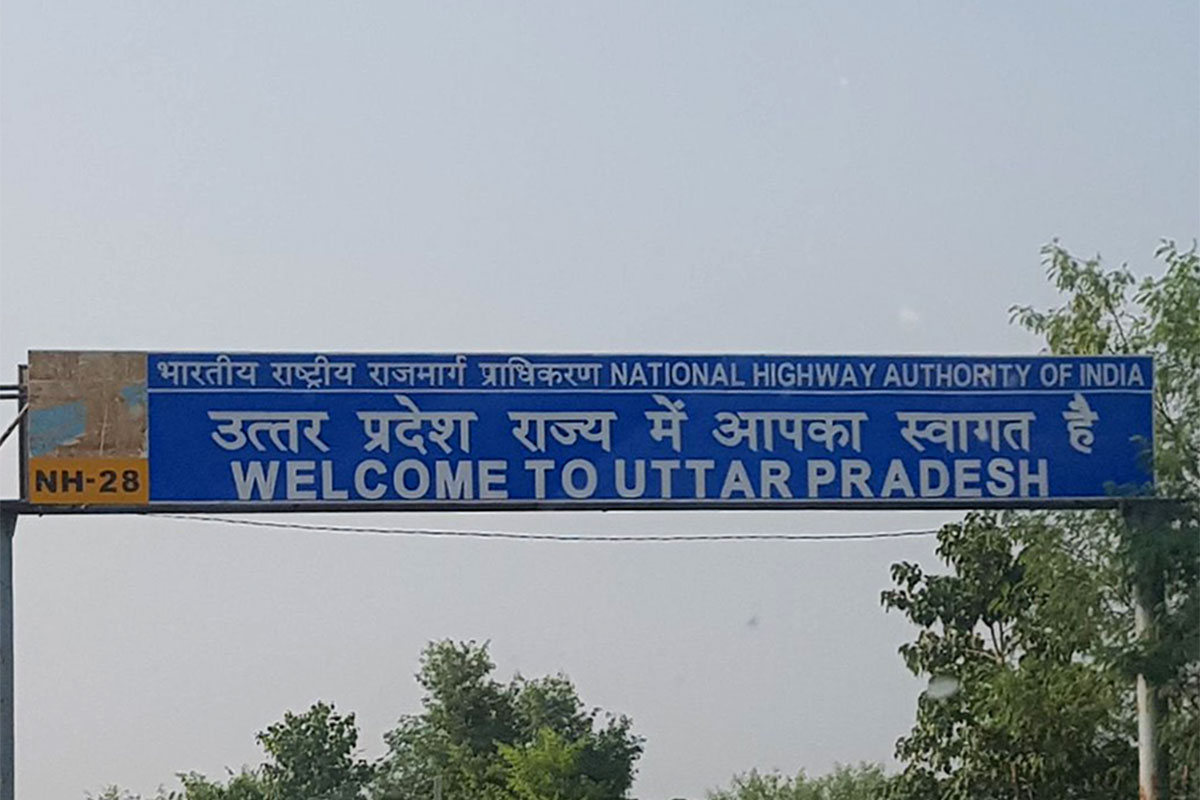 Uttar Pradesh will be next economic, business hotspot of country: Siddharth Nath Singh

Singh welcomed all the attendees and recalled the recent visit of Chief Minister, Yogi Adityanath to Mumbai held on 02nd December 2020. He said that this visit is to make continuous engagement with the industry representatives and inviting them to invest in the State of Uttar Pradesh. He shared

The Minister informed that Government of Uttar Pradesh is offering world class infrastructure through web of expressways complimented by upcoming Asia’s largest greenfield airport at Jewar and 100 acres plus Freight Village at Varanasi. The State has identified a land bank of around 1 Lakh acres and have already acquired around 28,000 acres out of which more than 8,500 acres of land is ready to allot. The Government is leading a policy driven growth through 20 plus sectoral policies.

He further added that, lying along the fertile plains of Ganges the state is blessed with unlimited opportunities. With a strong agriculture and food processing base in India, UP is amongst top 5 manufacturing states in India and has highest number of SMEs (organized & unorganized) in India. Post Covid19, the State Government has renewed its focus to promote new industries and sectors like Infrastructure, Aerospace & Defence, Logistics, Defence, Electric Vehicle Manufacturing, IT & Electronics, etc. are largely gaining momentum. The State Government is quickly adapting to new market trends and focusing to tap new opportunities.

The sector wise investment opportunities shared by Singh are as follows:

· After seamless connectivity the State Government is rapidly promoting industrial parks such as MSME park, Electronics Park, Apparel park, Handicraft park and Toy park are under active implementation along the Yamuna Expressway in Gautam buddha Nagar District. Besides, a film city of over 1,000-acres, a Medical Device Park over 350 acres and a Fintech City is under implementation in the Gautaum buddha Nagar district. Also, the State Government is planning a 100 acres Mega Food Park in Bareilly, a Mega Leather Park in Unnao and two Mega Textile Parks in Kanpur and Gorakhpur in collaboration with the Union Government.

· Similarly, Integrated township is planned along proposed Heritage city and Logistics hub at Raya Urban Centre and Bajna Urban Centre, respectively. This goes on with the

· With the Defence Industrial Corridor announced by GoI in Uttar Pradesh passing through the prominent manufacturing hotspots of Aligarh, Agra, Jhansi, Chitrakut, Kanpur and Lucknow, total investment worth Rs 50,000 Crores are expected.

· The Defence Industrial Corridor is planned over 5000 hectares of land, of which 3796

hectares of land has been identified and total 1321.92 hectares of land has been acquired, including 1122 hectares in Jhansi & Chitrakoot alone. The corridor is being developed along the Bundelkhand Expressway. GoUP has selected IIT- Kanpur as “Technology partner” for shaping up the defence industrial corridor. The UP Defence Industrial Corridor shall not only revive the PSU/OFB base but also mobilize the vast SME ecosystem in the state. Uttar Pradesh is poised well to maximise India’s potential in defence & aerospace manufacturing.

· With the upcoming the international airport at Jewar in Greater Noida spread over 5,000 hectares of the land will be one of the largest airports in Northern India, projects like MRO/ Cargo complex and aerotropolis are likely to come up.

· Being strategically located with seamless access to East, West and Central India, Uttar Pradesh is emerging as the largest logistics hub in Northern India with Greater Noida as the epicentre.

· Recently, the grant of ‘industry status’ to the logistics sector; amendment in zoning regulations has been done to apply industrial land use to logistics units qualifying infrastructure status as granted by the Government of India. Moreover, allotment of industrial development authorities’ land at industrial rates to such logistic units has also been allowed. These policy-level interventions poised to give a much-needed boost to the logistics sector in the State.

· State is already home to leading Automobile players like Tata Motors, Honda, Yamaha Motors, New Holland Tractors. Complimenting the Automobile manufacturers, there is a strong base of Automotive component manufacturers in the State. Investments in the Automotive sector can be considered in Noida and Greater Noida, Districts alongside the Yamuna Expressway Region (Bulandshahr, Aligarh, Mathura), Kanpur and Lucknow. With Electric Mobility widely gaining momentum across India, UP is rapidly promoting the sector in context to both vehicle and battery manufacturing. Also, the state is promoting the creation of charging infrastructure on a wide scale. For this, the State offers attractive incentives including land rebate, specialised power tariff, etc.

· The state is gaining competitive advantage in electronics manufacturing in the global market and has established a strong foothold in IT/ITeS sector.

· World-class Electronic Manufacturing Zone is coming up at Greater Noida. Given the large availability of skilled manpower and the existing ecosystem, there is a huge opportunity in the sector. Then, with increasing demand for domestic consumer electronics and the large number of global and national player locating at Noida, Greater Noida & Yamuna region, Electronics manufacturing is one of the most promising investment opportunities in UP.

· With the launch of new Data Centre Policy and initiation of investments from large Data Centre operators in India such as Hiranandani Group, STT Global, Etc. the Noida and Greater Noida region of the State is becoming the first choice.

Post interactive session, the Minister had a round of one-to-one meeting with the investors. During the consultation, the industry representatives voiced their interest in making new investments in the State in the sectors of Electric Vehicle Manufacturing, Logistics, Defence, Film & Media. Mr. Shekahr Suman has shown an interest in shooting a film in the State soon. He had also shared that a research and training centre on language and dialect can be developed in proposed Film City. Shri Siddharth Nath Singh invited him for a detailed deliberation on the subject.

Singh shared that the investment climate in the State is changing quite progressively, which is evident from the leap of 12 ranks taken by the State in Ease of Doing Business Ranking issued by Government of India. The State which now ranks second in the country in terms of Ease of Doing Business also mandated online and time-bound clearances for established industries through the effective single window system termed as “Niveshmitra”.

He further added that Uttar Pradesh is on the wheels of progress because of Yogi Model. Yogi Model is based on the philosophy of Gram Swaraj. Schemes like ODOP are not only a perfect example rather an outcome of this Yogi Model.

Singh said that under the leadership of Chief Minister Adityanath ji, The state is taking all the possible steps to give safe, secure and investment friendly atmosphere to the investors in the State.