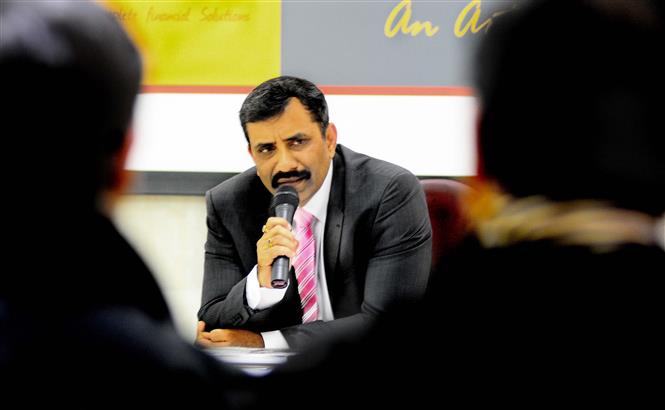 He will be the 34th chief secretary of Haryana since it was carved out as a separate state in 1966.

Currently, Vardhan is the Additional Chief Secretary (ACS), Home, Jails, Criminal Investigation and Administration of Justice Department. He was also the Financial Commissioner, Revenue and Disaster Management; and Consolidation Departments.

Vardhan is the second senior-most officer in the state after Sunil Gulati, a 1984-batch IAS officer, currently posted as the Chairman-cum-Managing Director, Haryana Minerals Ltd.

Meanwhile, the Haryana government on Wednesday effected the transfer and postings of five other IAS officers.

Among them is Rajeev Arora, Additional Chief Secretary, Health and Family Welfare Department, who will also hold the charge of Home, Jails, Criminal Investigation and Administration of Justice Department besides being the Nodal Officer for COVID-19.

Sanjeev Kaushal, ACS, Agriculture and Farmers’ Welfare Department, has been posted as the ACS and Financial Commissioner, Revenue and Disaster Management and Consolidation Departments; and the ACS, Cooperation Department, relieving Vijai Vardhan of the charge.

Devender Singh, ACS, Irrigation and Water Resources Department, has been given the additional charge of the ACS, Agriculture and Farmers’ Welfare Department.