Was advised not to speak to Rahul Gandhi, claims Rajiv Bajaj 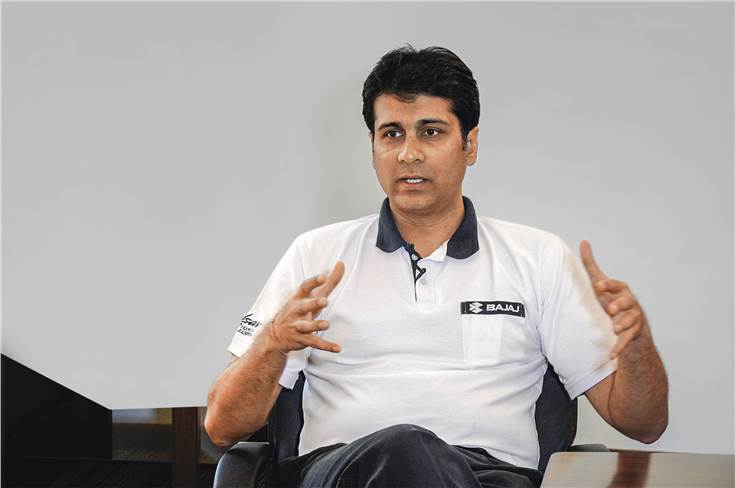 Was advised not to speak to Rahul Gandhi, claims Rajiv Bajaj

NEW DELHI: During conversation on the economic fallout of the lockdown due to Covid-19, industrialist Rajiv Bajaj claimed that he was advised not to speak to the former Congress president Rahul Gandhi as it can lead to trouble.

When Rahul Gandhi praised Rajiv Bajaj for his braveness for speaking to him, Bajaj said, “I’m speaking with Rahul and the first reaction was from a friend, don’t do it. I said, but why not?, ‘Mat karna, this can get you into trouble’. But I said, I may have said some things, perhaps a little too vehemently.”

“I pushed that actually a bit, I’ll tell you very candidly. I said, we are going to talk about business, economics, lockdown, what to do, how to move forward, technology, products, he loves motorcycles and so we’ll talk about motorcycles etc,” Bajaj said.

While Bajaj did not tell who his friend is who advised him not to speak to Rahul Gandhi, but said, “So that person maintained, that why, why take a risk? But yes, that is the general mahol (current environment) and you know, my own father raised that point, in November, at the economic award function, where the home minister was there, the finance minister was there.”

“So, you know, one hears a lot about this, but I try to ask people why this should be so because at least so far I have not faced any repercussion, so to speak, of this. But yes, what you say is true, this seems to be the general impression, which is sad because I think this openness is our strength and we must not lose it,” Bajaj told Rahul Gandhi.

While Rahul Gandhi praised Rajiv Bajaj and said, “Yesterday, a friend of mine asked me, you know, what is your next interview? And I said, you know, I’m speaking to Mr. Bajaj and the guy said, “Oh dum hai bande me’. So I said, what do you mean? And he said, ‘Well he’s got guts to talk to you'”.