We have lost over Rs 8 billion due to airspace closure: Pakistan aviation minister 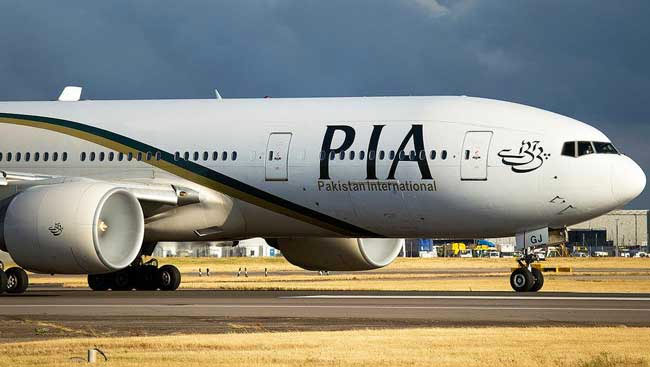 We have lost over Rs 8 billion due to airspace closure: Pakistan aviation minister

KARACHI: Pakistan has incurred a loss of over Rs 8 billion due to the closure of its airspace following the Balakot air strikes in February, according to a media report on Friday.

Pakistan fully closed its airspace on February 26 after the Indian Air Force (IAF) struck a Jaish-e-Mohammed (JeM) terrorist training camp in Balakot in retaliation for the Pulwama attack. Normal air traffic operations between India and Pakistan resumed on Tuesday with Islamabad opening its airspace for all civilian flights.

Addressing a press conference at the Civil Aviation Authority (CAA) headquarters, Federal Minister for Aviation Ghulam Sarwar Khan said that the CAA suffered a loss of Rs 8.5 billion because of the airspace restrictions.

It’s a huge loss for our overall [aviation] industry. But this restriction hit India harder than Pakistan. The loss of India is almost double. But at this juncture detente and harmony are required from both sides,” the minister was quoted as saying by the Dawn newspaper.

The recent bifurcation of CAA functions into regulatory roles vis-a-vis commercial and service provider is simply to optimise its efficiency and performance,” he said.

Khan said that there is no proposal of any downsizing or rightsizing in the CAA after its bifurcation.

“We believe that new measures would spur growth in the national aviation and fetch far-reaching benefits, he added.

He said it was government’s priority to revamp the Pakistan International Airlines (PIA) and increase its fleet to 45 by phasing-in 14 new aircraft gradually by 2025, the report said.

He said security agencies would be equipped with latest equipment and scanners to meet international standards under the Aviation Policy, 2019.