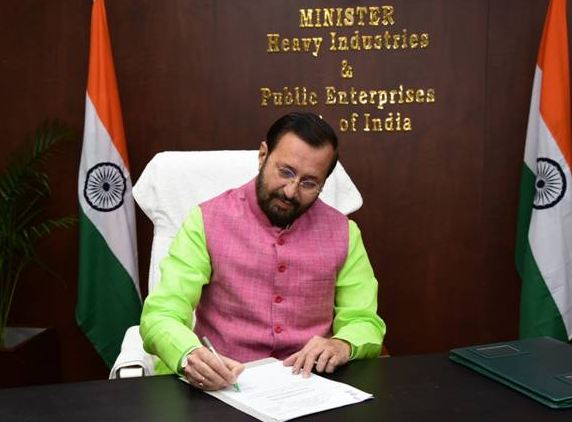 NEW DELHI:Union Minister for Heavy Industries and Public Enterprises Prakash Javadekar on Friday assured the automobile industry that he will take up the industry’s demand for a cut in goods and services tax (GST) for the sector with the Finance Minister and the Prime Minister.

Speaking at the virtual Annual Convention of the Society of Indian Automobile Manufacturers (SIAM), the minister said that the industry will get some concessions going ahead to boost demand, especially the festival demand.

He noted that any decision on GST cut will require the GST Council to take into account the socio-economic impact of the decision.

Citing the ongoing issue of the GST compensation, which Centre has been unable to pay to the states, he said that as already revenues are very low, such decisions on rate cut would have to be thoroughly looked into.

“I hope you will get some good news soon,” he said.

As the pandemic has worsened the demand scenario of India’s automobile segment, which was already going through a slowdown in the past year or so, industry players have been seeking support from the government to push demand in the form of tax cuts.

Recently, Finance Minister Nirmala Sitharaman also said that the GST Council will look into the proposal of lowering the GST on two-wheelers, which neither come under luxury nor sin goods.