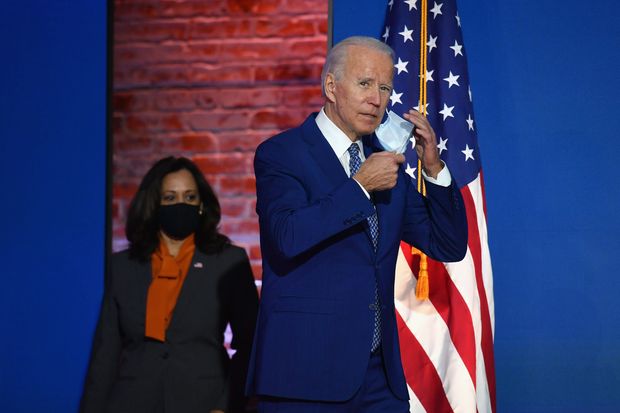 Trump, who has not yet conceded the election to the projected winner, Biden, has repeatedly asserted, without evidence, that fraud and other irregularities deprived him of millions of votes in key battleground states.

Georgia and North Carolina were the last American states to be projected in the race for the White House. Biden’s victory in Georgia added 16 electoral votes to his tally, bringing him to 306 — matching President Trump’s total against Hillary Clinton in the 2016 presidential election.

Biden, a Democrat, will win Georgia, CNN projected on Friday, striking at the heart of what has been a Republican presidential stronghold for nearly three decades. The former vice president is the first Democratic nominee to triumph in Georgia since Bill Clinton did it in 1992, it said.

The outcome in Georgia, however, is subject to a planned recount of the state’s votes, the report said.

With 97 per cent of the expected vote across the country counted on Friday, Biden led Trump by 50.8 per cent to 47.4 per cent in the popular vote, a contrast to Trump, who lost the popular vote in 2016 while winning the electoral college.

The nearly 78 million ballots that have so far been counted for Biden is the largest number of votes won in the US by any presidential candidate.

With the projection that Trump has won in North Carolina, the final tally in the November 3 presidential election is 306-232, a major victory for Bien, the 77-year-old Democrat President-elect.

Trump, who has not yet conceded, alluded for the first time on Friday to a possible new administration on January 20.

Looking subdued, the 74-year-old president stopped short of acknowledging his defeat and did not mention Biden by name in his first official appearance in 10 days since polls closed on November 3.

“This administration will not be going to a lockdown,” he said during a briefing of his coronavirus task force.

“Whatever happens in the future, who knows which administration will be. I guess time will tell,” Trump said.

Trump has not yet conceded the race – and may never actually do so, NBC News quoted his aides as saying.

Trump has voiced unfounded fears about the vote tabulation process and has repeatedly falsely claimed that mass voter fraud fueled Biden’s victory, which has been projected by major news outlets since Saturday when the former vice president crossed the mandatory 270 electoral votes needed to win the race for the White House.

Trump aides are still confident that he will prevail in litigation in several states where Biden’s victory margin is not very high.

US election officials said on Thrusday that the 2020 vote was the “most secure in American history”, rejecting Trump’s unsubstantiated claims.

Meanwhile, counties across Georgia have begun the task of counting nearly five million ballots by hand.

Election workers taking part in the statewide audit face a Wednesday night deadline to complete their count. It is the first time such an audit has been done in Georgia.

Trump and Joe Biden are separated by just 14,000 votes in Georgia, with Biden in the lead.

Biden’s apparent victory in Georgia, the first for a Democrat since 1992, was a major blow to the long-dominant Republicans in the key battleground state.